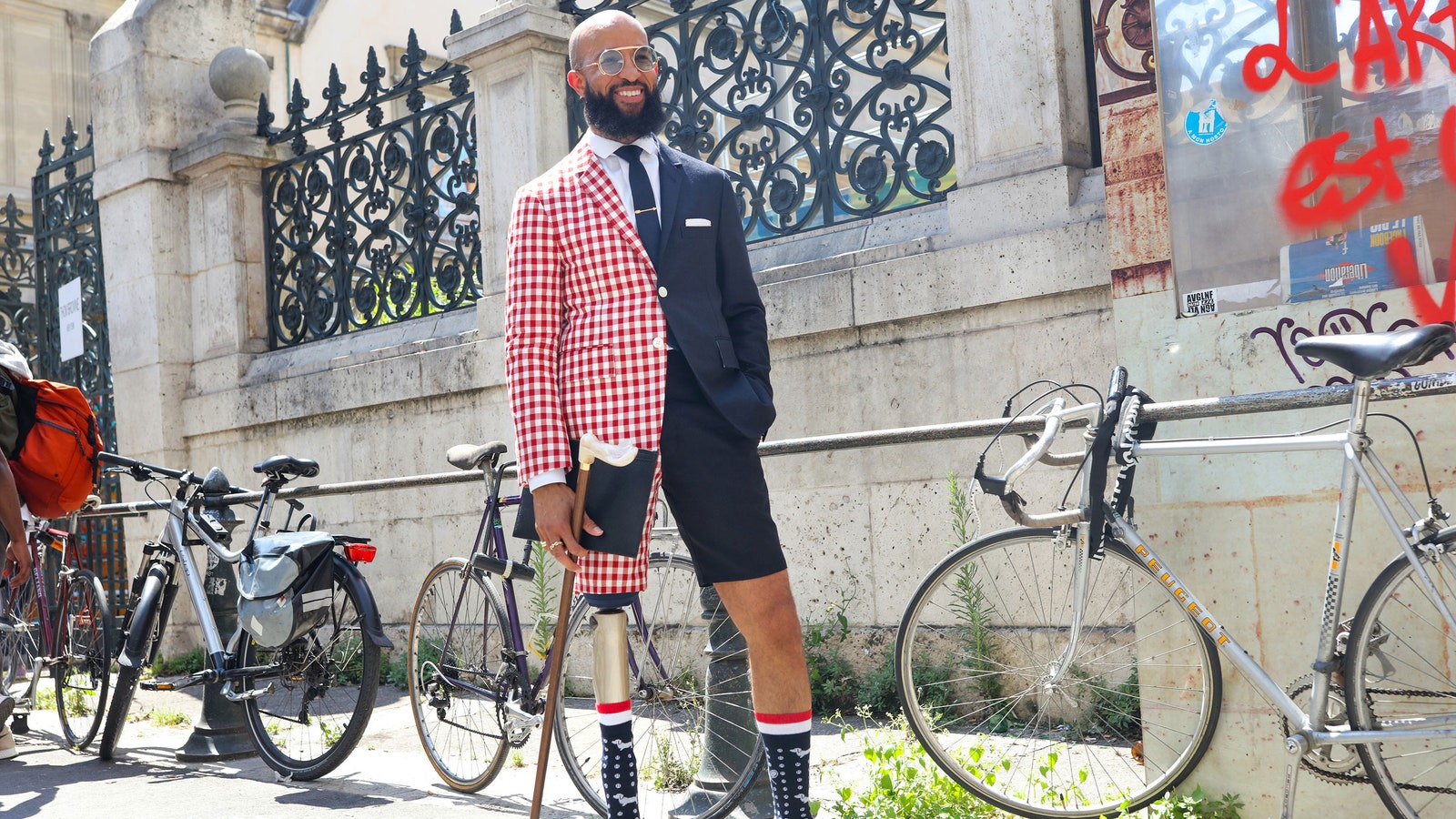 The street-style scene outside the Spring 2020 menswear shows in Paris was a feast for the senses. Men took to the streets in bold sportswear and kilts. But there was one particular subject, captured by Vogue’s photographer Phil Oh, who stole the show: That’s Quin Lewis. Dressed in Thom Browne’s gingham shorts suit, he allowed the shortened silhouette to showcase his prosthetic leg, using fashion as a means for both body confidence and empowerment.

By day, Lewis—who is 39 and resides in Washington, D.C.—is a foreign affairs official with the U.S. Department of State; by night, however, he calls himself a true “fashion enthusiast.” Last month, he headed to Paris to take in the Spring 2020 collections, something he does every season (in Milan as well). “Men’s Fashion Week in Paris is one of my favorite times of the year, when I have the opportunity to wear my best looks of the season, view the latest collections, and decide which trends I can incorporate into my wardrobe for the year ahead,” he says. His highlights from the Spring runways? “Virgil Abloh for Louis Vuitton continues to amaze me with his modern take on suiting, featuring built-in harnesses and sculptural jackets, some with elegantly finished details on the back,” he says. “I’m going to have a field day with Thom Browne’s colorful seersucker suits next season.” He also loved Dries Van Noten’s floral and leopard prints, as well as the shows at Alexander McQueen, GmbH, and Alyx.

For Lewis, though, the street-style scene outside of the shows served as more than a casual photo op; it was an opportunity to deliver a message about fashion and body positivity. After losing his right leg in an accident in 2005, Lewis found strength in heightening his fashion sense. “I’ve always had a passion for fashion….It was especially important for me to continue pursuing these passions to the fullest extent possible after the accident,” he says. “In this vein, becoming an amputee didn’t change my outlook on fashion; it simply made me work harder to put together looks that are undeniably cool, despite the prosthetic.”

These days, Lewis describes his personal style as “rooted in tailored menswear, with an exacting attention to detail,” adding that his favorite, most-worn labels are Thom Browne, Louis Vuitton, and Dries Van Noten (all of which he wore throughout Fashion Week). He continues, “I especially like ultra-luxe layered looks, which combine textures and bold prints, paired with something completely unexpected. I live for monochromatic ensembles and bold printed suiting fabrics.”

A prime example of his use of style to express confidence is the Thom Browne suit he wore in Paris (the street-style photographers went wild for it). “I have always loved Thom Browne’s short suits and once I tried one on, I felt like I was presenting my most authentic self,” he says. “It was the first time in 14 years that I wore shorts in public and it was an amazing experience. The prosthetic leg tells a powerful story of how blessed I am to be alive and able to walk around with a smile on my face.” Going forward, Lewis hopes to incorporate even more shorts into his wardrobe now, adding, “I’m already thinking of wearing a kilt to the next Thom Browne show.”

While Lewis has gotten more experimental with his sartorial choices, he says his approach to dressing has always remained consistent. “I never wanted the prosthetic leg to create an unnecessary distraction,” he says. “When I’m wearing pants, the average viewer thinks I sustained some sort of a temporary injury—they cannot fathom that I’m an above-the-knee amputee. However, after my accident, the first thing I learned is to accept the things I cannot change. I can’t change the fact that I’m an amputee, but I can control what I wear and how I present myself to the world. I want to present the most confident, best-dressed version of myself.” 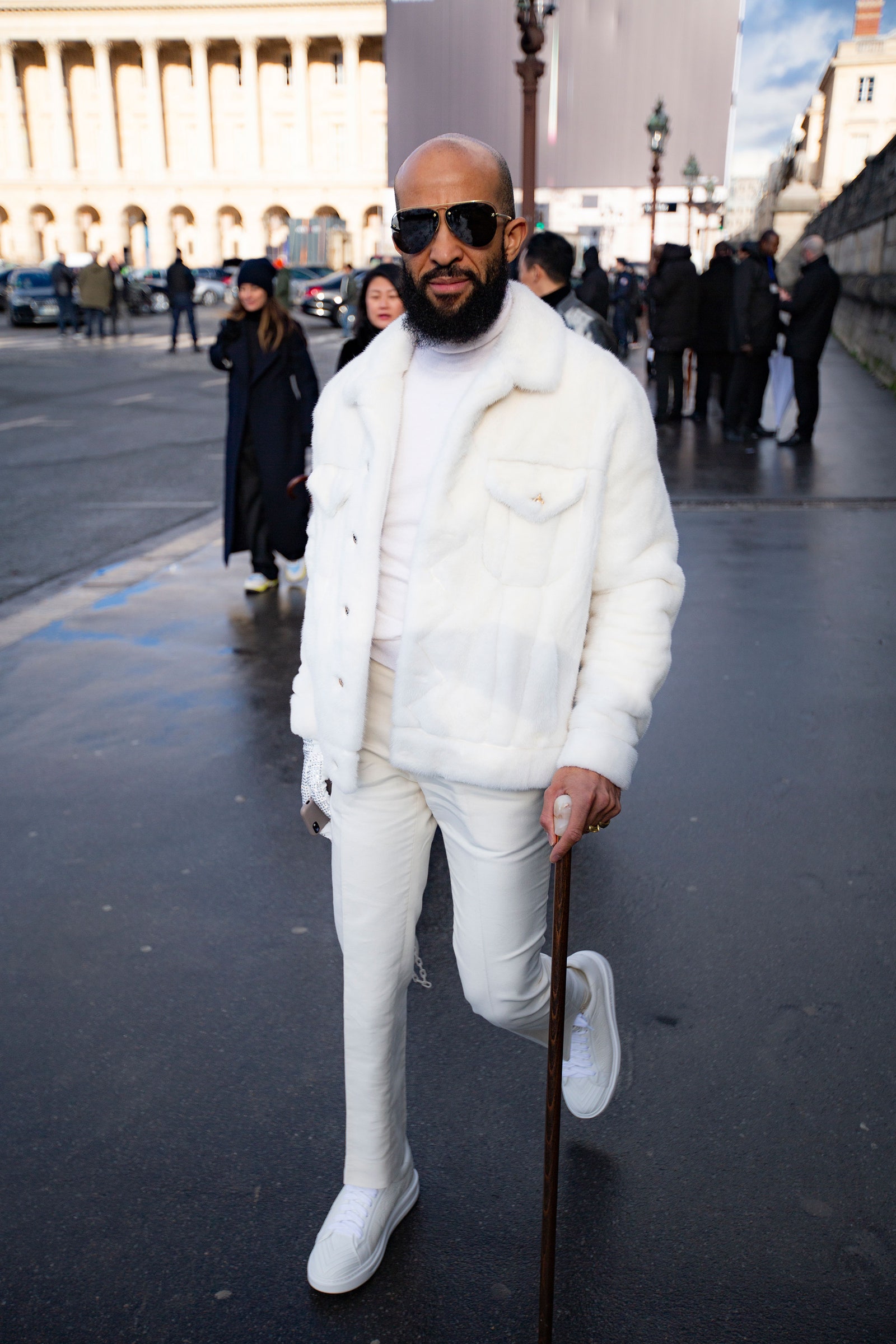