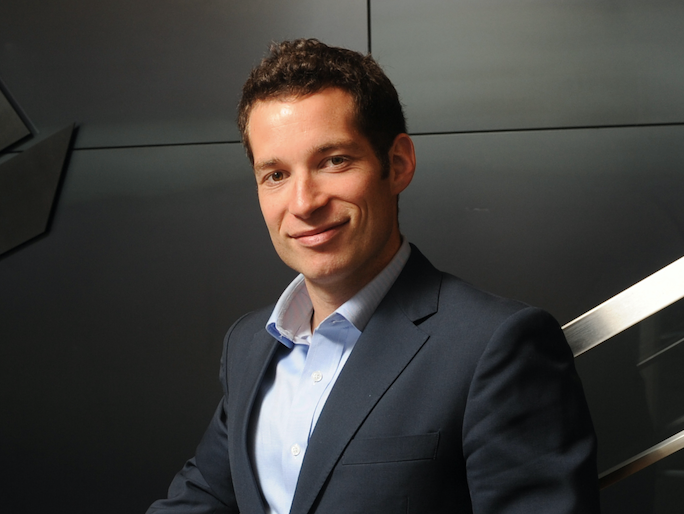 Daniel Saks is an entrepreneur with a vision, who has raised hundreds of millions of dollars to make technology more accessible and has brought his own unique brush strokes growth through mergers and acquisitions.

In his exclusive interview on the DealMakers Podcast, Daniel Saks, co-founder and co-CEO of AppDirect, streamed us his scoop on his journey of innovation and perseverance in building a startup legacy. We talked about resourcefulness as a bootstrapping startup, recruiting, and success patterns.

Strategic Learning & The Art of Persistence

Daniel Saks grew up in Niagara Falls, Canada. He attended McGill University to study political science and still sits on the Principal's Advisory Board. Then came to the US to study at Harvard.

Growing up, he was always business oriented, so his parents suggested expanding his expertise with a new area of study. Daniel says political science was a unique opportunity to learn about leadership from a different lens. It blended the sense of the macro with structure, brainstorming, creativity, communication, tactical execution and the elements of business.

Seeing the advantage of starting on the inside of the investment banking industry, Daniel aimed to get the learning and training he could, so that one day he could raise a significant amount of money for his own venture.

Only he ended up graduating right in the Great Recession, when no one was hiring, lines for the few jobs available were insane, and in many cases, entire recruiting departments had been vaporized.

Not one to give up, Saks began emailing the founders and MDs at investment banks across the U.S. and he achieved a really good response rate. Entrepreneurial leaders ended up being really receptive to responding to cold emails. He ended up gaining a mentor and internship at Viant.

Throughout his education, mentorship by leading investors, reading and experience, Daniel has found several patterns and common traits of successful entrepreneurs and companies.
After looking at thousands of business ideas over a period of years, Daniel and his co-founder Nicolas Desmarais set their sights on a multigenerational company that would make technology accessible to businesses of all sizes around the world.

That idea is now AppDirect. It took them a few years to get things on the ground but learned the simple lesson of listening to their customers in order to achieve product-market fit which was a big challenge in the beginning.

Nowadays, AppDirect is a company with 700 employees around the planet, millions of users, and a supplier of services to companies as big as Google and Microsoft.

In essence, AppDirect is a cloud service commerce that makes software and products accessible globally. Their platform unites providers, developers and consumers of cloud services into a single ecosystem. This makes it easy for businesses to find, buy, manage and monitor cloud services from a central location and delivers new opportunities to distribute, sell, and market cloud services.

The Art of Fundraising

So far AppDirect has already raised almost $300 million in capital.

Having learned from companies like Four Seasons and Microsoft, Daniel says AppDirect has always raised capital for a purpose. That has ranged from geographic expansion to product expansion or M&A.

Ironically, these two Canadians that started a company in San Francisco never really pitched Silicon Valley. They really focused on selling to customers before selling to investors and operated a very lean bootstrapped business at the beginning.

They went after really big customers, like telecom companies, and used that as their business card and introduction to investors.

The Art of M&A M&A is definitely an art. One which AppDirect has taken a new approach to.

Two-thirds of M&A opportunities fail. So, the AppDirect team has taken a portfolio approach. Between 2013 and 2016 alone they acquired six companies on the Cloud Brokerage Battlefield.

They’ve recognized that in many of these cases, partnering or buying would get them there faster and more efficiently than building organically.

Instead of going in with an ax and gutting a company on day one, AppDirect moves to integrate the technology first, make sure that it works well, and in doing so, gets to know the people. Then over time, change or integrate the go to market plan as needed. Then invest in the platform automation of these components.

They also have a rule that they don't integrate or buy companies where they couldn't test the integration first. Daniel says, “With many of the companies that we worked with, we had already done a technology partnership where they integrated to us via API, where we could validate this.”

The Art of Recruiting

Right from the beginning Nick and Daniel realized the need to get the expert or the best person in the world at the technology side of their business.

They went after Andy Sen, who happened to work at the Salesforce App Exchange. When Andy answered their cold email, willing to meet at their offices, they scrambled. At the time they had been working out of Nick’s apartment. They got an office fast. Andy is still the CTO to this day.

They’ve also taken the uncommon route of co-CEO roles, and have come up with a meritocracy culture and interview process to reward excellence and eliminate bias.

Listen in to the full podcast episode to find out more, including: