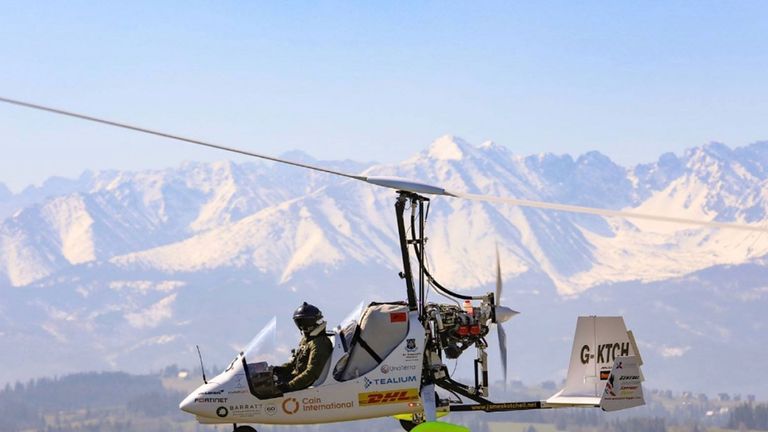 A British adventurer has experienced "hairy moments" as he aims to become the first person to fly around the world in a gyrocopter.

James Ketchell, 37, has just crossed the open waters of the Bering Strait in the Pacific Ocean to arrive in Nome, Alaska, having successfully traversed the treacherous terrain of Siberia.

Gyrcopters operate in a similar way to gliders and are considered the predecessor of the modern helicopter.

Mr Ketchell set off from Popham Airfield in Hampshire on 31 March in an open cockpit gyrocopter, which is similar to the one used in the 1967 James Bond film You Only Live Twice.

The adventurer, from Basingstoke, is 70 days into his trip. Mr Ketchell's MAGNI M16C gyrocopter travels at 70 knots (80 mph) and has a range of 700 miles. 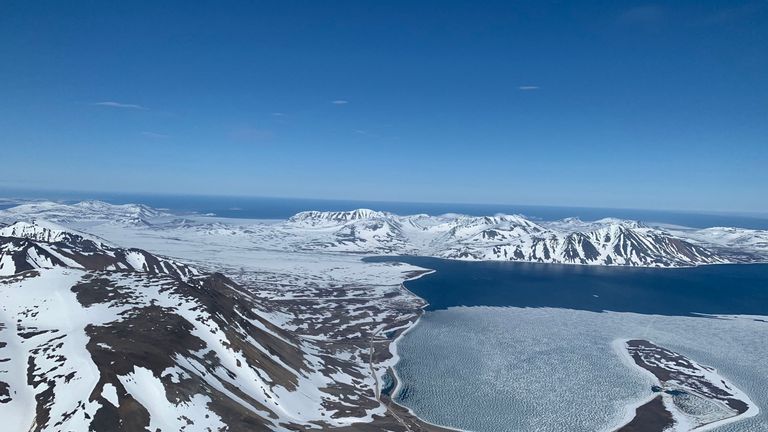 Mr Ketchell captured an image over Provideniya Bay in Russia

He said: "It's so far been absolutely amazing. There have been some hairy moments recently travelling 500 miles over remote mountain terrain in Siberia.

"The freezing temperatures have also tested my resilience. A couple of days ago I was in the coldest place on earth. But the support from everyone has been incredible."

The UK Scouting ambassador has been stopping at schools in Europe and Russia to give motivational talks and raise funds for two children's charities.

Mr Ketchell said: "This is all about trying to inspire others. I'm a normal lad who was a teenager with no motivation to do anything.

"Now I know anything can be achieved and I want to help other teenagers understand there are few barriers to realising your dreams." 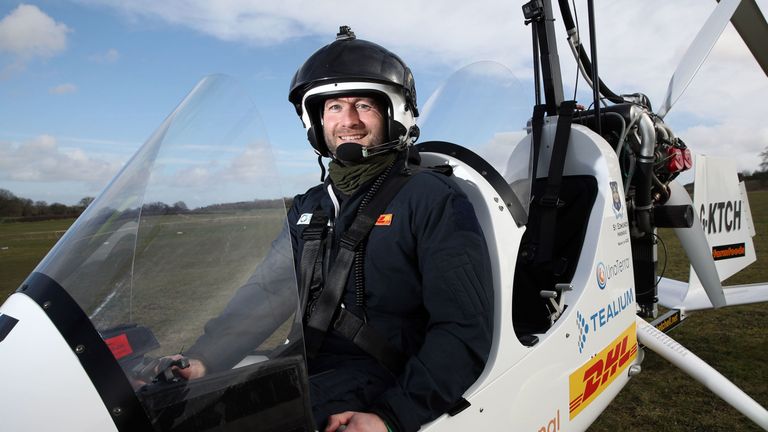 Mr Ketchell set off from Hampshire on 31 March

He was joined in Russia by Norman Surplus from Northern Ireland, who has been advising and helping him with the complicated journey.

Mr Ketchell said: "It was reassuring and frankly much safer to have two gyrocopters flying side by side. If either of us got into trouble in the Russian wilderness we could have potentially helped each other."

The adventurer's bid to circumnavigate the globe in the gyrocopter follows his previous "ultimate global triathlon" which saw him row across the Atlantic Ocean in 2010, climb Everest in 2011 and cycle 28,969km (18,000 miles) around the world in 2013.

His 22,858 nautical mile journey will next take him across Canada, the USA and the Atlantic Ocean heading to Greenland, Iceland, the Danish Faroe Islands and back to Hampshire.