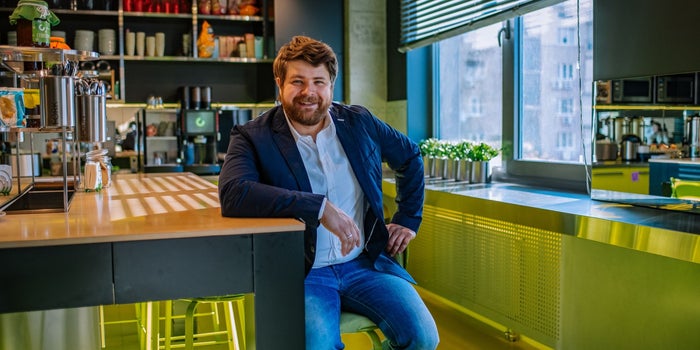 Running a successful tech company isn’t easy. It’s especially challenging when you’re risking your life to fight your government at the same time. But that’s exactly what Oleksandr Kosovan did five years ago.

Kosovan’s company, MacPaw, was six years old in 2014 when protests in Kyiv, Ukraine, turned violent. The openly corrupt government refused to sign an agreement associating with the European Union, instead opting for closer ties with Russia. As protestors built barriers using burning tires, their clashes with riot police turned fatal. Over 100 citizens would be killed in the ensuing conflict.

The entrepreneur risked his life to bring them supplies. He knew that anyone caught supporting the protestors could be arrested and imprisoned — or worse, kidnapped and tortured by pro-Russian agents.

Kosovan admits it was a scary time. He heard stories of people disappearing, and knew there would be consequences if he was caught with tires for the protesters in his car. But he doesn’t consider himself brave. “It’s what many concerned Ukrainians did,” he explains in his matter-of-fact way.

“We stood together because our country was worth protecting,” he says. “That winter was one of the most memorable, tragic events of my generation. We paid a heavy price for the freedom we have now.”

Kosovan says that although the country’s leadership is still not ideal, Ukraine is in a better place now. It has climbed 20 places in the Global Innovation Index since 2014, and MacPaw is helping lead the way. Approximately one in five Macs around the world run the company’s award-winning software, and revenue exceeded $23 million in 2018.

While MacPaw resembles many successful Silicon Valley companies — even competing with Google and Apple — the story of the company and its founder is anything but ordinary.

The Apple of his eye.


Kosovan grew up in Nadvirna, a small town in western Ukraine. Although he was young when the USSR collapsed in 1991, he remembers being sent to stand in the long lines for basic necessities.

When Kosovan was 12, his father emigrated to France to provide for the family. “You could earn 50 euros a day working illegally, which was a lot of money for us,” he explains. “But sometimes he worked months for someone who would just disappear without paying him.”

The only other silver lining in his father’s absence was that he would periodically send home refurbished computers, as well as videotape recorders, CD-ROM players and other electronics. “When technology went out of fashion in France, it was just getting popular in Ukraine,” Kosovan says. “My father was an engineer, so he picked up computers people threw away when they upgraded.

“People in my town weren’t used to seeing anything like them,” says Kosovan. “I became obsessed with figuring out how they worked.”

He spent sleepless nights on the computer and became an advanced programmer. For a school project, he built software that helped the local medical clinic analyze data on different diseases. The project won an award from the Minor Academy of Sciences of Ukraine, which fast-tracked his acceptance to Kyiv Polytechnic Institute when he was 16 years old.

To support himself, Kosovan found a job as a Microsoft Windows system administrator, making the equivalent of $150 a month. When he saw the iMac G4 in a computer shop, he fell in love — but could barely afford the keyboard. At approximately $200, it was more than his monthly salary. But he saved up, bought it and eventually convinced his family to help him buy a Mac PowerBook, too. His obsession with Apple began. v Kosovan was one of the first students at his university to take notes on a computer. He remembers lecturers glaring at him as he typed while everyone else wrote on paper. The university used Windows software, which was a big obstacle for a computer science student. Not to be deterred, Kosovan reprogrammed the apps he needed for his Mac. “My professors didn’t want to accept my projects on different software, but I told them I wasn’t willing to use a PC. I was very stubborn,” he says, laughing.

Building a company from a dorm room.


This stubbornness eventually got Kosovan in trouble. He was taught in class to solve problems a specific way, but he took his own approach on an exam. Kosovan argued with the professor to defend his choice and was kicked out midway through his fifth year of school.

Kosovan was disqualified from Ukraine’s subsidized education, but he was determined to finish his degree. He returned the same year, working three jobs to pay his tuition. Yet again, he took his own approach and had another disagreement with the same professor. “The argument got so heated that the professor said she would give me the highest grade if I didn’t take the final exam.”

Kosovan eventually earned his master’s degree. “Getting kicked out of school was difficult, but it didn’t break me,” says Kosovan. “I still got my degree, which just proves you should always stick to what you believe in.”

While finishing his degree, Kosovan spent his free time building software to optimize his Mac and decided to start a company. He called it MacPaw, after Apple’s operating systems, which were named after big cats like Cheetah and Tiger at the time.

Kosovan didn’t have much money, but he had his time. He bootstrapped the company by doing the majority of the work himself, hiring freelancers only when necessary. He was still living in the dorms to save money, but his one extravagance was eating at cafes every day. “I could’ve saved money cooking rather than eating out. But my time was more valuable spent coding than cooking.” 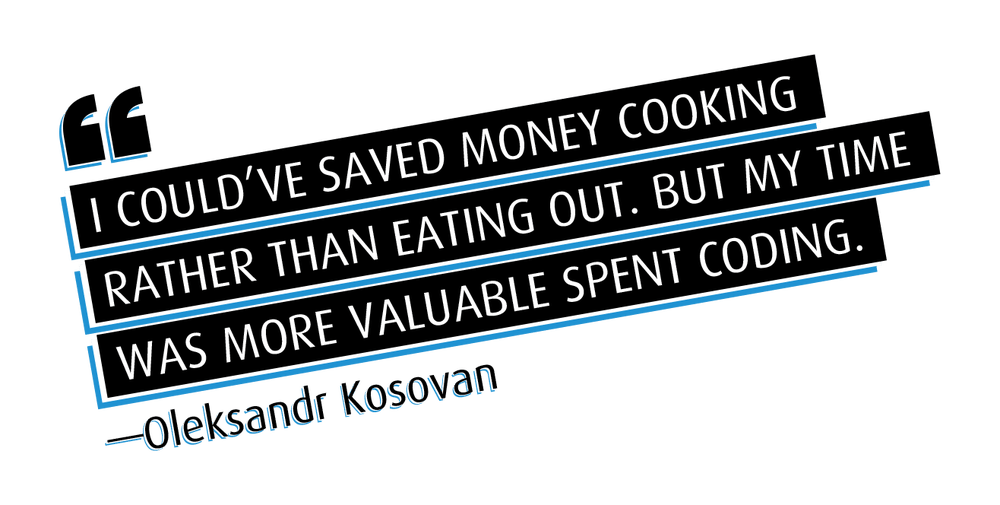 Kosovan single-handedly wrote the code for the first CleanMyMac, now one of the most popular products for Mac computers. In late 2008, MacPaw began selling CleanMyMac and an encryption app called MacHider. The company made about $4,000 the first month.

From the ABCs of business to competing with Apple.


Kosovan didn’t even consider finding investors for MacPaw. “There wasn’t much information about venture capital or investors in Ukraine,” he says. “I just knew a business needed to make a profit."

As the entrepreneur continued relying on his own time and skills, he struggled to find competent employees he could afford. “I was lucky because my intuition helped me hire the right people, including many friends and classmates,” he says. “After 10 years, many of our earliest employees are still with the company.”

That includes Kosovan’s wife, Sofia, who manages MacPaw’s operations. They met through her cousin, who went to college with Kosovan. “She was working in customer support at another IT company when I started MacPaw, and she helped me manage marketing and respond to our early customers,” says Kosovan. “She was really excited about the positive feedback we were getting in comparison to the feedback at her other company,” he says with a laugh.

Responding to customers was no small task — because they answered every single inquiry. In the early days, Kosovan also shared his email address on hacker websites, offering free licenses to those who might have tried to hack CleanMyMac otherwise. “This developed a loyal user base of early adopters,” explains Kosovan.

Kosovan says these early decisions were important. “Your values and how you decide to run your business will have a lasting effect,” he advises. “Trust your gut. A lot of my early decisions were the right ones, but I also lost a lot in deals when I trusted others instead.”

Just a few years into MacPaw’s growth as an app company, Kosovan joined an auction to buy the top-level domain name .app. He lost to Google, who won the rights for $25 million. He’s made many business moves since then, including acquiring The Unarchiver app and merging MacPaw’s DevMate with another software company called Paddle. Today MacPaw has around 10 active projects.

Kosovan is most excited about competing with his favorite company, Apple. In 2017 he launched Setapp, a curated app store. It’s limited to only the best applications and is meant to improve the app store experience, which Kosovan says can be difficult to wade through because it’s saturated with so many apps. 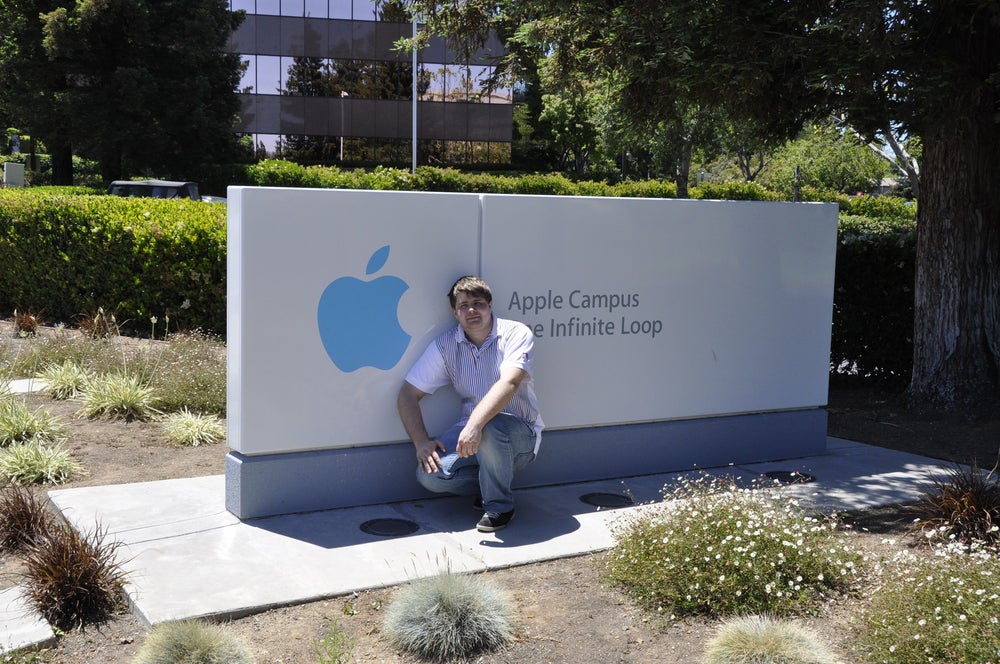 In MacPaw’s early days, it was difficult to run a tech company from Ukraine. Corrupt law enforcement often raided businesses, blocking operations until they were paid a bribe. This threat made Kosovan consider moving abroad, but his stubbornness and patriotism kicked in. He didn’t want to leave his country.

“Just five years ago, it was risky to do business here,” says Kosovan. “Many thought Ukraine was part of Russia. We avoided mentioning where MacPaw was from.” 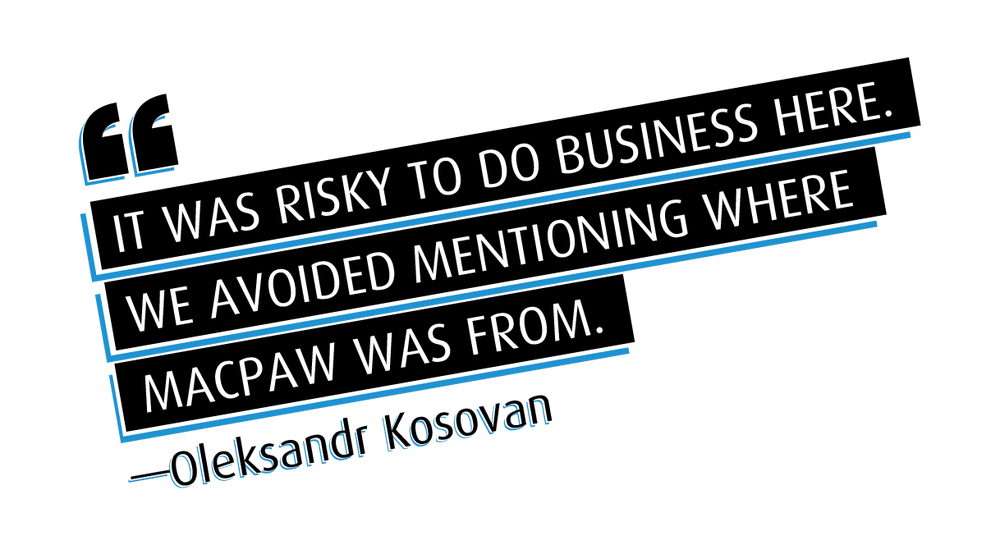 The country has changed since then, and is a more secure place to run a company. But it still has a long way to go, which is why Kosovan has a heavy investment in the health, stability and security of his company and employees. Today people often mistake MacPaw for an American company — but Kosovan corrects them. “I believe in Ukraine, and I want our country to be successful,” he says.

Kosovan is doing his part to put Ukraine on the map. He made international news in 2016 when he purchased Tekserve’s private collection of Apple computer products at auction. The legendary repair shop predated Apple stores by more than 10 years. Its collection spanned nearly three decades, including almost every Mac ever released. For Kosovan, it honors a company that ignited the passion that changed his life. 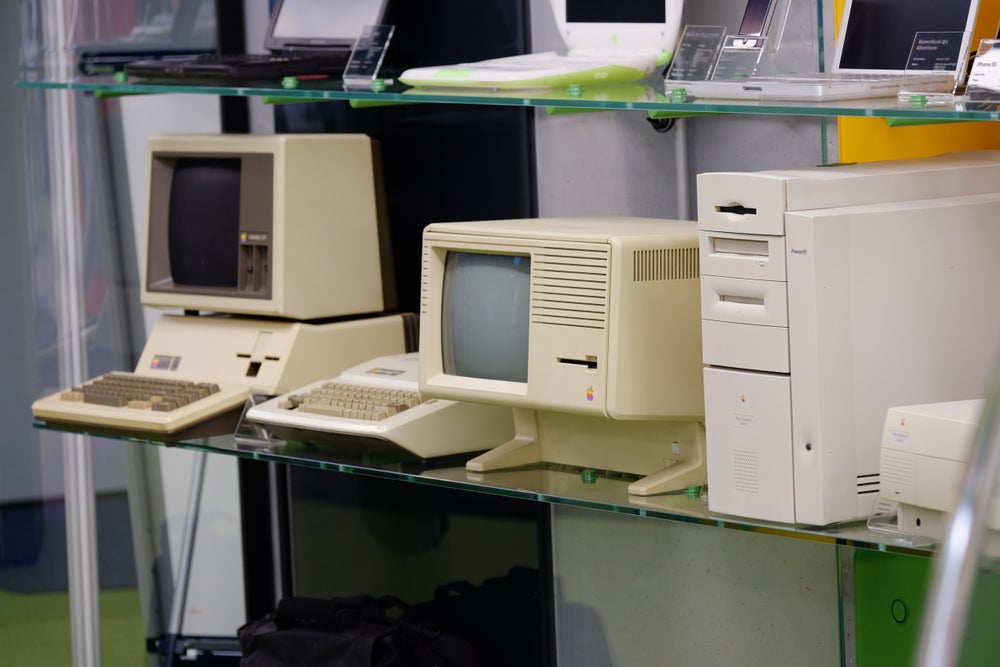 MacPaw houses one of the largest Apple collections in the world.
Image Credit: Courtesy of Oleksandr Kosovan


One of the largest Apple collections in the world, it now includes every iPhone model from the past decade, a 30th-birthday present from his team. The 170 self-proclaimed “geeks” are spread across Ukraine, California, London and Slovenia.

MacPaw’s Kyiv office is an ultra-modern space with Silicon Valley amenities. Meeting booths can be converted into nap rooms, and almost everything is controlled by iPhone apps. There’s even a 3D-print lab for employees’ personal projects. MacPaw’s feline mascots Fixel and Hoover have their own room. “This business and these people are my life,” says Kosovan.


But Kosovan’s life is not all about work. He and Sofia have a daughter, Maya, who is 2 years old. Kosovan speaks Ukrainian, English, Russian and some French. Sofia speaks Spanish, so together they’re teaching Maya Ukrainian, English and Spanish. 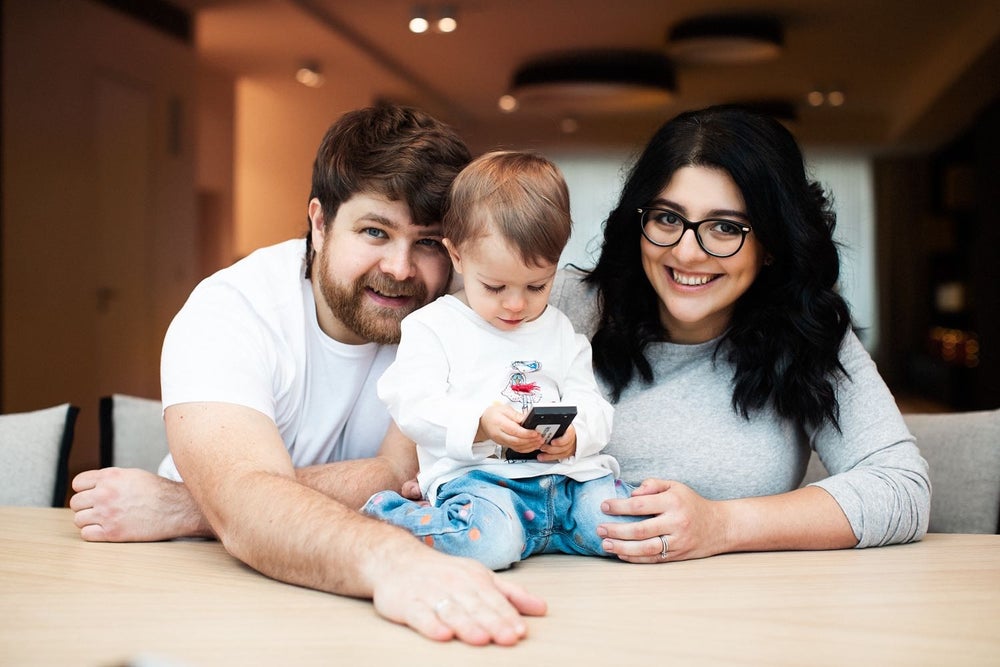 Kosovan with his wife, Sofia, and their daughter, Maya.
Image Credit: Courtesy of Oleksandr Kosovan

Kosovan recently earned his black belt in Kyokushin karate. “I worked many late nights while launching MacPaw,” he says. “I gained weight and developed high blood pressure but didn’t want to take medication, so I turned to sports. I picked karate because it requires endurance, strength and the will to fight. You have to be tough.”

Kosovan co-founded a venture capital firm, SMRK, to help Ukrainian tech startups, filling the void that was there when he was launching his company. In March 2019, SMRK finalized a successful partial exit from one of the startups, Ajax Systems. Kosovan has also made an angel investment in Flawless App, a tool for iOS developers.

Five years ago, Kyiv made news for its political scene more than its startup scene. Since then, the number of IT specialists in the country has more than doubled. Ukraine is now one of the world’s largest IT services exporters, which means more economic opportunities for workers. Ukrainian software engineers earn up to $3,000 a month — significantly more than citizens’ average salary of $350.

To celebrate MacPaw’s 10th birthday in 2018, the company announced 10 charity projects, including several to further develop Ukraine’s IT and innovation scene. One of those projects is building a public museum in Kyiv to house its growing Apple collection, after many requests from the public. Kosovan hopes it will do for others what Apple did for him: inspire a love that can change lives.