Box Office: ‘Angel Has Fallen’ Rises to No. 1 With $21 million debut
Venice Film Festival: The 11 Most Intriguing Movies 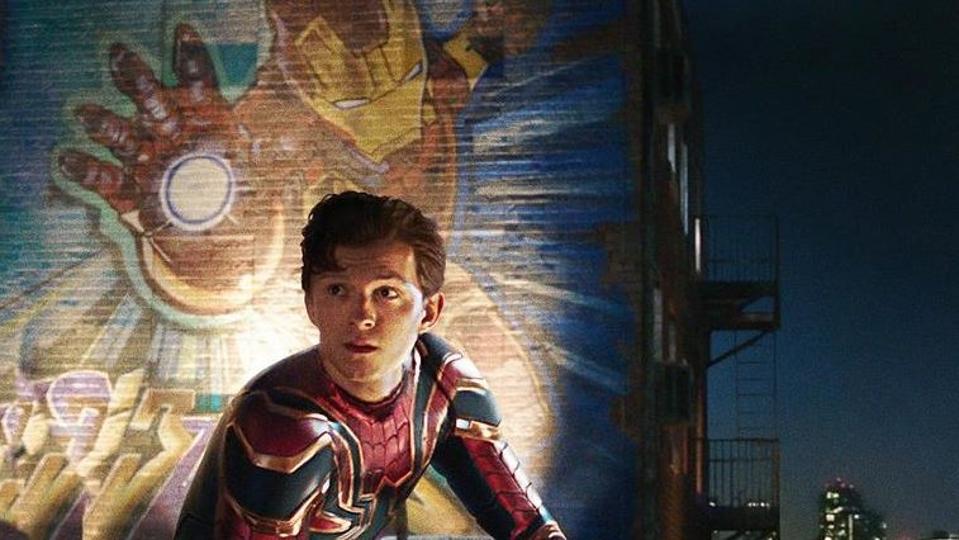 The 2019 summer movie season is officially at an end. This weekend is Labor Day weekend, with just one low-profile newbie (the supernatural thriller Don't Let Go) followed by It Chapter Two a week from Friday which will presumably kick off the Fall season with a bang. So, it's time to take stock of the last four months of big hits, big flops and everything in between. As the headline states, here are the lessons of the summer:

Disney Ruled By Giving Audiences What They Wanted:

Two of the three biggest movies of the summer were Marvel superhero films. Avengers: Endgame earned $2.796 billion worldwide (yes, bigger than Avatar thanks to a $629 million haul in China) while Sony's Spider-Man: Far From Home earned $1.116 billion thus far (yes, Sony's biggest grosser ever, and again thanks to a $205 million haul in China). Disney ruled the roast by a landslide, since they had a Pixar sequel audiences wanted to see (Toy Story 4) and two "live-action" remakes of two of their most popular Katzenberg-era toons (Aladdin and The Lion King).

Walt Disney's four big summer movies (Avengers 4, Aladdin, Toy Story 4 and The Lion King) earned $2.15 billion in North America alone, which was around 43% of the season's $5.01 billion domestic cume. Throw in Spider-Man: Far From Home ($380 million), and that's 50.5% on MCU movies and Disney flicks. But superhero addiction is taking hold not just in North America, but China as well, which was a big problem for titles like Godzilla: King of the Monsters, Pokemon: Detective Pikachu and Men In Black: International that were depending on bigger China numbers.

The summer's biggest grosser that isn't a Disney or Marvel movie was David Leitch's Fast & Furious Presents: Hobbs & Shaw, which thanks to a boffo $102 million debut in China has now earned $588 million worldwide (with more left to go). And in North America, the season's biggest "not a Disney or MCU flick" grosser is Chad Stahelski's John Wick: Chapter 3, which earned a remarkable $170.6 million gross from a stunning $56 million debut weekend.

Yes, it is ironic that the co-directors of the first John Wick implicitly teamed up to give audiences a break from fantasy and superhero action. Coupled with the surprising $21.2 million debut of Angel Has Fallen, they show that audiences still want some comparatively realistic/real-world action alongside the more fantastical adventure movies. All three films were installments in ongoing and well-liked franchises.

No, there weren't any bat-out-of-hell mega-smashes among the many theatrical horror flicks released this summer, but the genre still affirmed its status as one of the safest "not a comic book superhero movie" genres around. Annabelle Comes Home was the lowest-grossing movie of the Conjuring franchise but it still topped $200 million worldwide on a $27 million budget. Midsommar earned a solid $26 million domestic (on par with A24's The Witch in 2016) despite less pre-release buzz and no adult-friendly stars compared to Hereditary.

Scary Stories to Tell in the Dark opened with a strong $20 million despite no stars, and Blumhouse's Ma (starring Octavia Spencer) earned $60 million worldwide on a $5 million budget. Sony's "evil Superboy" chiller Brightburn disappointed, but it too earned $32 million on a $6 million budget. While it was no mega-smash, Jim Jarmusch's The Dead Don't Die, a self-critical zombie comedy starring Bill Murray, Adam Driver, Tilda Swinton and Chloe Sevigny, earned $13 million worldwide to become Jarmusch's second-biggest grosser of all time.

IP Is Worthless If Audiences Don't Care About Your Franchise:

Poor Toy Story 4 ended up on the defensive when it "only" opened with $120 million as opposed to the projected $150 million-$200 million guestimates and got caught up in the late May/early June conversations about “franchise fatigue.” But it legged out, because it was an excellent movie and because audiences did want to see a new Woody/Buzz flick, but they were (comparatively) less concerned about rushing out at the first possible moment. Cue a $426 million (and counting) domestic cume and a $1 billion-plus global total.

But many other franchises weren't so fortunate. The Angry Birds Movie 2 ($75 million worldwide thus far on a $65 million budget) may have been better than the first one, but audiences felt burned by the first one or were only curious the first time around. Ditto The Secret Life of Pets 2, which will earn around half of the first film's $875 million global cume. Audiences thought the first one was cute enough, but they (comparatively speaking) didn't crave a return visit.

Audiences didn't care about the "final" movie in Fox's X-Men franchise. Dark Phoenix was a bigger bomb than the Fantastic Four reboot, earning just $255 million worldwide on a $200 million budget. Nor did audiences crave another Men in Black movie which swapped out Will Smith and Tommy Lee Jones for Chris Hemsworth and Tessa Thompson (and learned few of the positive lessons from Jumanji: Welcome to the Jungle).

While the Child's Play remake was better than expected, it was still an unrequested rehash. Ditto New Line and Netflix's sequel to Samuel L. Jackson's Shaft reboot/sequel from 2000, let alone one that turned the blaxploitation hero into your cranky "Kids these days!" grandpa. Alas, they didn't really want a Godzilla sequel either, as King of the Monsters earned just $385 million worldwide compared to Godzilla's $529 million haul.

The lesson is clear: Just because your first movie was a hit, or because your franchise was once a reliable theatrical draw, doesn’t mean audiences will show up for this sequel or this revamp. If you don’t make a movie that audiences want to see, they’ll just see something else or stay home, period.

Everything Else Is A Risk:

Even the live-action musical/jukebox musical sub-genre took a slight hit. Rocketman did well ($185 million on a $40 million budget), but Aladdin's surprising popularity bit into its potential viewership. Universal scored with Yesterday's "What if the Beatles never existed but you remembered them anyway?" pitch ($130 million on a $26 million budget) but Warner Bros.' well-liked Bruce Springsteen-driven coming-of-age story Blinded By the Light bombed despite better reviews.

Annapurna and Lionsgate fumbled with well-reviewed, well-received adult-skewing comedies like Booksmart and Long Shot, but Universal scored with the equally well-liked Good Boys in that classic late-August comedy slot. As noted above, some "evil doll" horror films (Annabelle Comes Home) performed better than others (Child's Play). Even a sequel to a well-liked super-smash like The Secret Life of Pets or Godzilla is no guarantee that audiences will show up for the sequel.

Strong buzz and solid reviews couldn't save Late Night or Ready Or Not, but The Farewell was (by default) this summer's big indie sleeper. Adult-skewing, star-driven dramas are "dead," unless you're Quentin Tarantino's $90 million, R-rated Once Upon A Time... In Hollywood ($240 million worldwide and counting). When audiences no longer go to the movies just to go to the movies, the entire formula changes.

Films like Anna, Poms, The Sun Is Also A Star, Stuber or The Kitchen would have surely been solid hits, or at least easier sells, a generation ago before casual moviegoers started consuming their filmed entertainment via VOD and streaming. And when Disney happens to offer the biggest incarnation of what everyone wants to see (MCU superhero movies, demographically specific event movies, animated sequels to much-loved predecessors, live-action musicals), then it's not hard to see why they performed so well. We'll see how next summer plays out.

But if you think Disney is going to rule to this extent next summer, Gru has a bridge in Themyscira to sell you.