Hopping from Canada to Australia to London, YouTuber Ricky Zhang is “driven by a desire to see as much of the world as possible.

But for the 25-year-old part of the fun is using points and miles to snag business or first class flights.

Describing himself as “very curious about the world at large,” Zhang first got into the points game when he was a student at University of Toronto five years ago. The Canadian-Chinese citizen was traveling to China to see his family, but as a student, was on a budget.

“With points you can take your zero dollar travel budget and turn into $1,000,” said Zhang. It is “pretty unbelievable that this actually exists.”

Now a YouTuber and travel hacker, Zhang frequently snags first-class jaunts to far flung locations, using points to upgrade his flights or making exotic mileage runs. He shares his journeys on his blog Prince of Travel as well as on his Instagram and YouTube channel.

And his most recent trip did not disappoint. 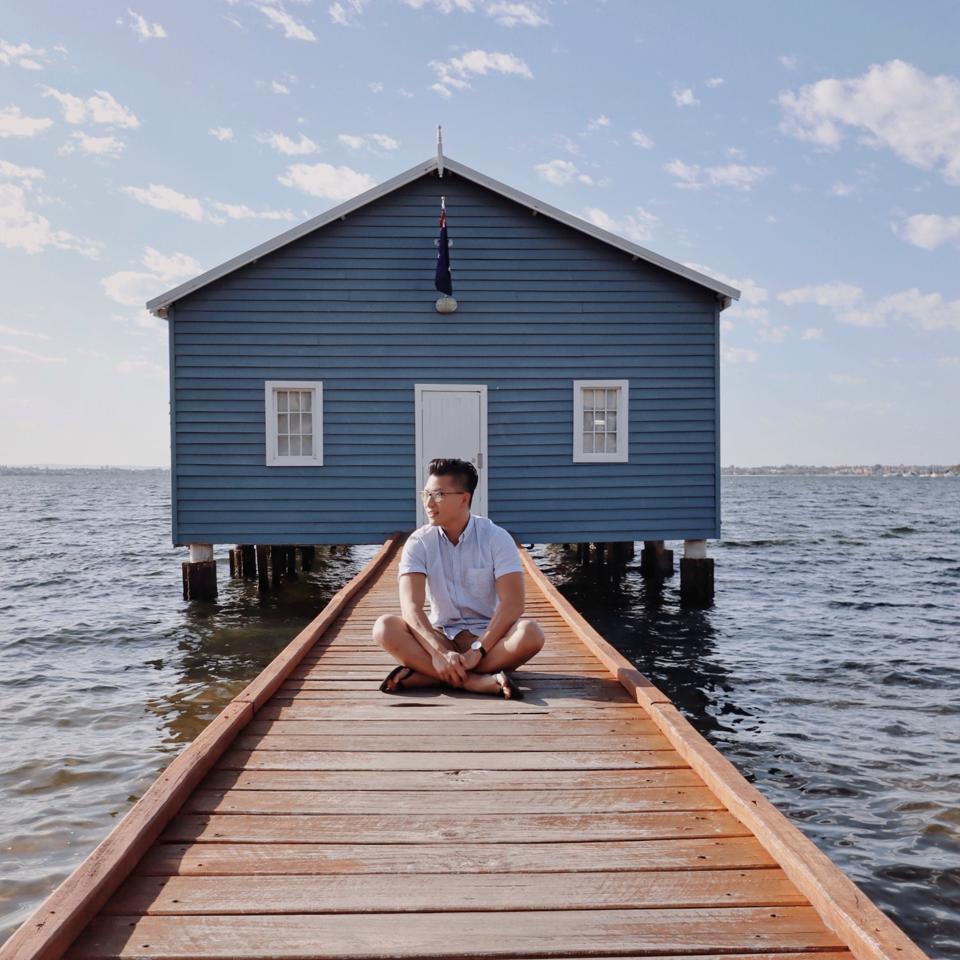 Flying from Montreal, Canada to Perth, Australia (pictured here), YouTuber and points hacker Zhang booked a layover in Mexico and stopover in Kazakhstan as part of his around-the-world ticket.

Building his trip around the Aeroplan Mini-Round-the-World flight, he booked 24-hour layovers and a 4-day stopover throughout the month-long journey in order to explore more. Using miles as well as one round-trip flight for $155, he finagled four days in London, three days in Melbourne and two days in Almaty in Kazakhstan, as well as 24-hours in Cancun, Mexico. He purchased the Aeroplan Mini-Round-the-World ticket (or Mini-RTW) with 160,000 Aeroplan miles as well as $620 in taxes and fees.

On Aeroplan Round-The-World flights, clients are given longer side trips the longer they fly, said Zhang. For this trip, his origin was Montreal, Canada with Perth, Australia as his final destination. Since he was flying around the world, he was able to tag on side trips to Mexico and Kazakhstan.

The number of flights and distances might have some quaking in their boots, but for Zhang, that was the fun. One particular highlight for the travel hacker was the Tapei-Vienna leg of his trip on the new EVA Air 787 Dreamliner. 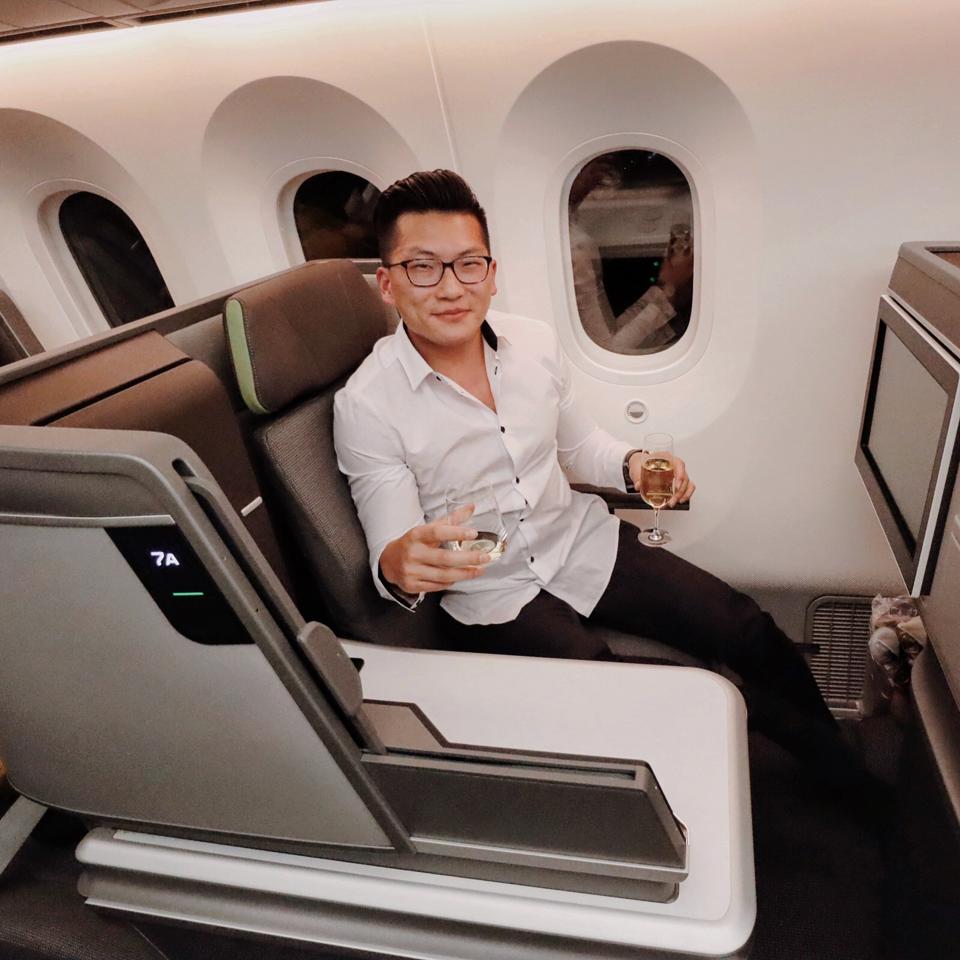 He found the new 787 Dreamliner seat design to do “an amazing job of balancing all the key ingredients of a strong business class product: privacy, functionality, storage space, legroom, and visual appeal.” And, for non flight geeks out there, the soft products - like their matcha milk tea - offered a First-Class experience in business class, said Zhang.

How to become a points hacker

In addition to being highly organized, Zhang recommends doing a lot of research before getting into the points game.

“It’s a lot of time and energy,” said Zhang. “When I was first learning flight routes, I had to very meticulous... it’s a very foreign concept.”

It’s important to think about which regions you want to travel to as well as where you’re based, as that will dictate where you should acquire points. For example, Oneworld alliance doesn’t have any African airlines, meaning that it’s nearly impossible to travel there on points with their loyalty program.

However, once you get used to using points for free flights, Zhang says it can be a “more casual approach.” Now, he plans most of his trips within a year time frame, using his points for either great deals he sees, special events or to treat his girlfriend and himself.

Use miles for ‘high season’ prices

A highlight of his past travels was going to see the World Cup in Russia. This year, he hopes to make it to the Tokyo Olympics in 2020 “just to soak in the atmosphere.”

In addition to enjoying visits to major sporting events, Zhang has also found that he gets a better “deal” with his miles during big travel times – like the holiday season or cultural events like Oktoberfest or Mardi Gras.

“You have to keep in mind everyone else wants to use their points,” at that time, said Zhang. The YouTuber recommends booking travel nine to twelve months before a big event. 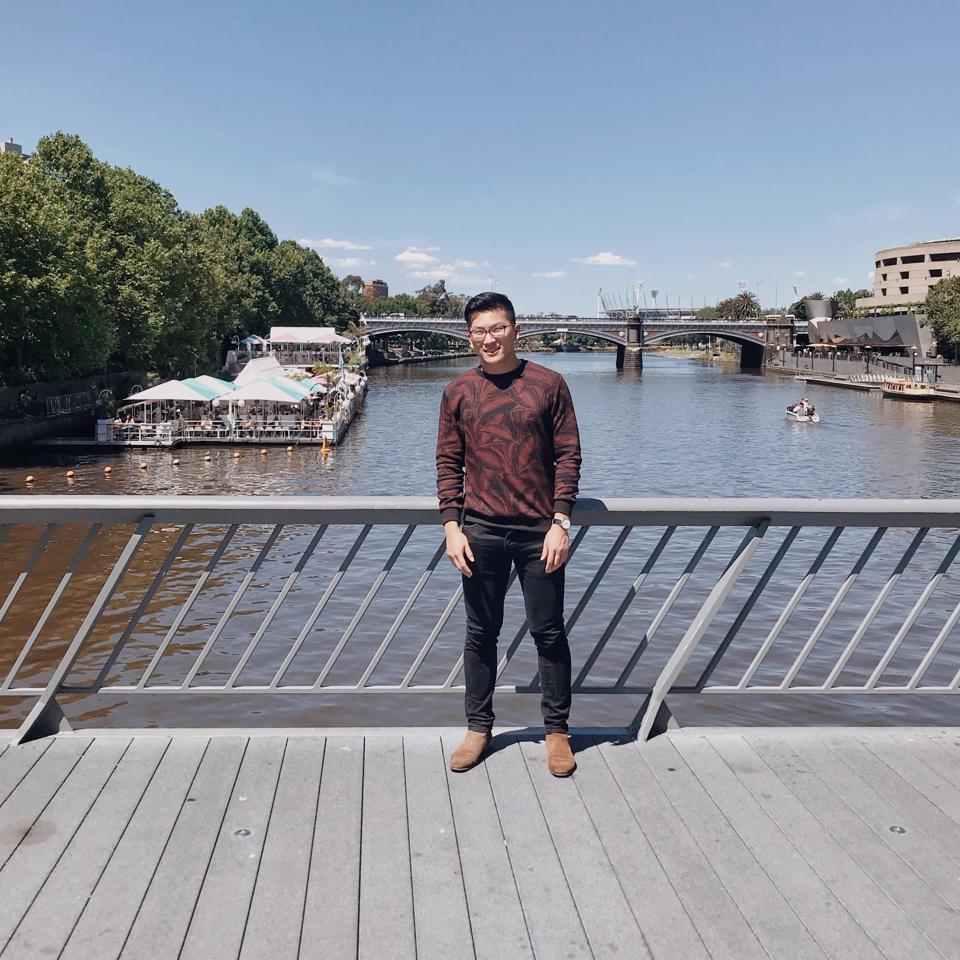 With his Aeroplan mini Round-the-World ticket destination as Perth, Australia, Zhang was able to finagle a three-day layover in Melbourne (pictured here).

Use points for business class

“I can’t deny that the luxury part is fun,” said Zhang. But, the traveler is also being cost effective when he uses points for business class, saying that “that’s where the value is.”

Although he did fly economy for one of the legs of his recent Aeroplan trip, Zhang is referring to one of the biggest rules of travel hacking: that your points ‘earn’ a better miles-to-dollar ratio if you redeem first or business class tickets, rather than basic economy.

As Zhang says, with the points program “the world is almost your oyster.”