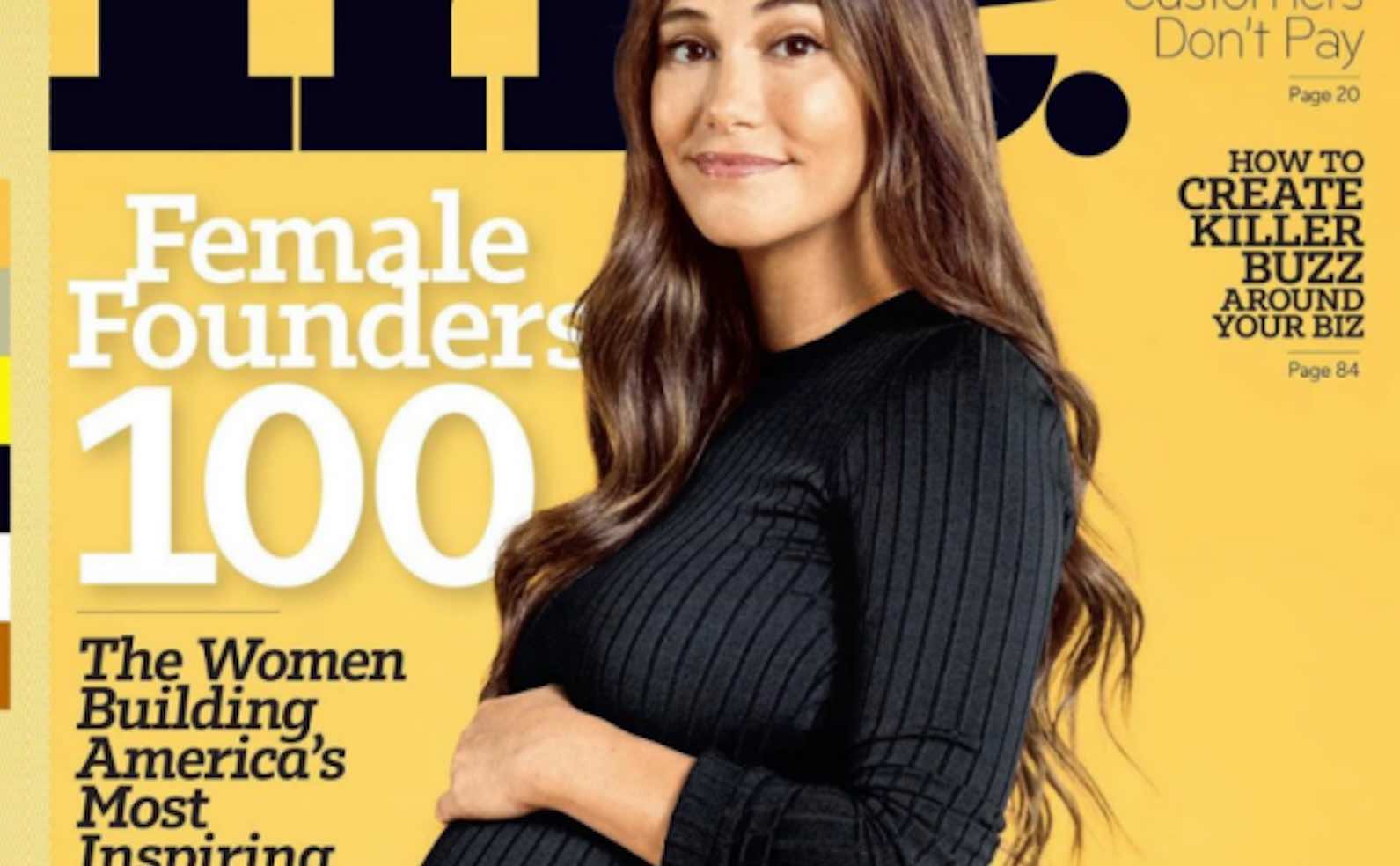 The Wing is a groundbreaking co-working space collective and club that is geared towards women — and its founder, Audrey Gelman, recently made history as the first pregnant woman to appear on the cover of any business magazine. Gelman, who was photographed at six months pregnant and is now nine months along, appeared on the cover of Inc Magazine for its Female Founders issue, in a move that is seen by many as both inspirational and a much-needed change in how businesswomen are seen.

According to Inc Magazine’s article, The Wing currently has eight locations across the country, with more to come soon. The plan for her company, Gelman explained, is “about creating quality and meaning and doing everything with real intention.” But it’s the magazine cover that, for now, is getting rave reviews. In it, Gelman wears a fitted black dress, cradling her bump while smiling serenely into the camera.

In the article, Gelman admitted that she had reservations about being an executive while pregnant, until she understood that her pregnancy would make a bigger difference than she had originally thought. “I had this realization,” she explained to Inc. “The way to make my team and my employees feel proud to work for me and for the company was actually not to pretend to be superhuman or totally unaffected by pregnancy.” 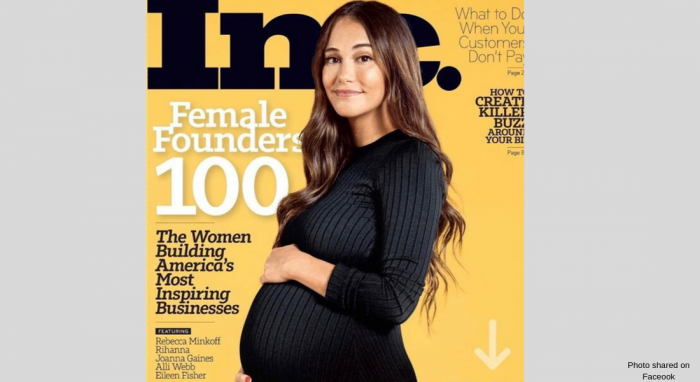 Since the cover was released, there has been no shortage of media attention praising both Gelman and Inc, and Gelman explained why the visual of a pregnant CEO is so important in an interview with Today. “You can’t be what you can’t see, so I think it’s so important for women to see that it’s possible to run a fast growing business and also to start a family,” she said. “It’s so important to sort of burst that bubble and to have new images of women who are thriving and working professionally while balancing motherhood.”

She added, “My hope is that women see this and again feel the confidence to take greater professional risks while also not shelving their dreams of becoming a mother and starting a family.”

On Twitter, the response was overwhelmingly positive. Emilie Mazzacurati tweeted, “Kuddos [sic] to you! I’m also a female Founder and CEO and 8 months along. Changing the business world one bump at a time!” while Tehmina Kaoosji said, “Let’s normalize this. We all come from pregnancy.”

This magazine cover is the latest of efforts to normalize pregnancy in a time where women still face pregnancy discrimination in the workplace. Employees at companies like Google, Nike, UPS, and more — even including abortion giant Planned Parenthood — and more have alleged discrimination in hiring, firing, and promotions due to a woman’s pregnancy. As Forbes pointed out, even the mere possibility of pregnancy can be enough to penalize a woman in the workplace.

Yet women like Gelman, or Tony Award winner Renee Elise Goldsberry, prove that women don’t need to sacrifice motherhood in order to be successful.