Meet the adventurer: Daniel Raven-Ellison
How Billionaire Anthony Wood Quit His Netflix Job, Founded Roku—And Then Quadrupled His Fortune In The Past Year 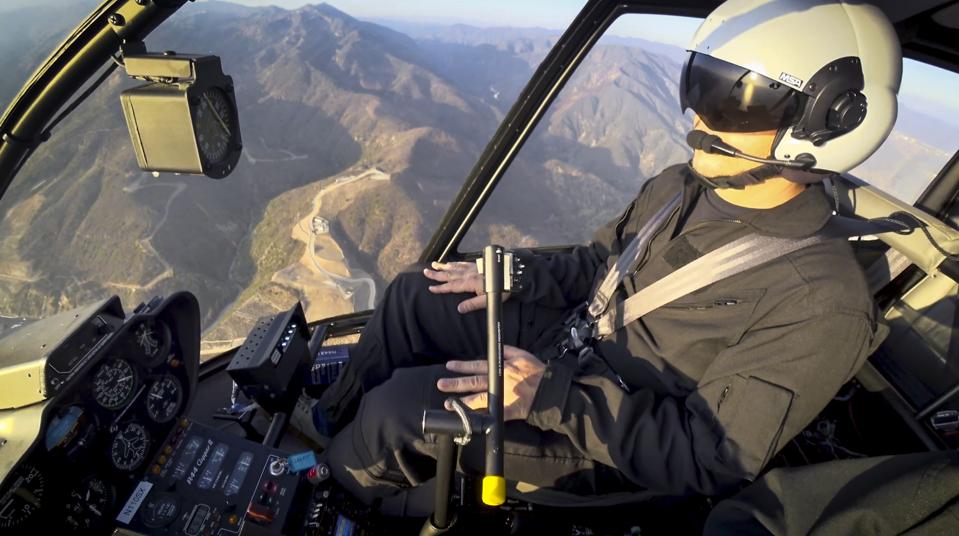 To enable air taxis to operate in the skies over cities, Skyryse CEO Mark Groden says it won’t be enough to match the safety of commercial airliners. They’ll have to be as safe as elevators. That’s just one element of a business plan that he claims will allow his company to develop an urban air transport network that will make a flight as affordable as an Uber or Lyft ride — and without removing the pilot from the cockpit, as many competing urban air taxi startups are banking on to reduce costs.

Groden’s Los Angeles-based startup is working on a suite of technologies that he says will make flying vastly easier for helicopter pilots, as well as provide sophisticated protections in the event of system failures, and optimize routes and flight times. Skyryse announced Tuesday it has picked up $13 million in additional funding to help it pull it off, including a personal investment by Ford Motor Chairman William Clay Ford Jr., bringing its total funding to $38 million. It also showed off video of an autonomous flight by one of its four Robinson R-44 helicopters equipped with its technology.

But autonomy isn’t the goal for Skyryse. Groden, a 29-year-old sensor fusion Ph.D. from the University of Michigan, says the technology it’s developing is aimed at creating simpler flight controls for helicopters, freeing pilots from the heavy cognitive engagement that current manual controls demand, and creating the kind of “envelope protection” that’s on modern Airbus planes and the Boeing 787 that prevents pilots from performing unsafe maneuvers with their aircraft.

By making piloted flight of current helicopters safer, quieter and more efficient, Groden believes he’ll be able to win approval from regulators to launch a wide-scale transportation service much more quickly than the scores of startups developing novel forms of autonomous electric aircraft.

Skyryse says its aiming for a more comprehensive suite of technology, which it describes as a Flight Stack, including a diagnostic system Groden likens to the Star Wars droid R2-D2 that informs the pilot when there’s a malfunction and what the best options are, as well as helping to stabilize the helicopter.

Ten years ago, Captain Chesley Sullenberger famously landed an A320 safely on the Hudson River after both engines were destroyed by ingested birds, but it took him time to run through checklists to diagnose the problem, Groden points out, during which the plane lost altitude. “If Sully and his copilot had our system onboard they would have likely ended up landing in Teterboro,” he says.

Skyryse has also created a monitoring system for helipads that collects 30 data points every 2.5 seconds  —  including wind speed, wind direction, visibility, temperature, cloud base and humidity —  to help pilots choose takeoff and landing approaches that will be as quiet and quick as possible.

Most helipads have nothing more than a windsock to help pilots, says Groden, which can lead them to orbit the helipad at low altitudes to figure out their approach, annoying neighbors and slowing flights.

Over the summer, Skyryse tested out some of this technology with a pilot transportation service connecting downtown Los Angeles to Orange County. Customers used an app to book car service to a heliport, transferred to one of SkyRyse’s waiting helicopters and then after landing, to another car to their destination. The cost: $149 per trip. Groden says Skyryse was able to achieve waiting times of 2 minutes to as little as 45 seconds through roughly 1,000 trips covering 30,000 miles.

To reduce noise, Groden says Skyryse has trained its pilots to fly in a manner that reduces the chopping sound associated with helicopters.

The company considered launching a wider version of the transportation service but decided to table it to concentrate on developing its technology, Groden says.

The company previously trialed using its helicopters for EMS service with the city of Tracy, California.

Groden claims that the full spectrum of Skyryse’s technologies will enable vertical flight to achieve unit economics at parity with automobiles. “We think automobiles will become something that primarily is used to get you to and from the vertical flight machine,” he says.

That’s a tall task: taking off and landing vertically is energy intensive and helicopters are less efficient than winged aircraft in forward flight. Helicopter airport transfer services have struggled over the years due to high costs.

Groden has convinced at least some deep-pocketed investors that he’s onto something. Skyryse closed a $25 million A round in 2018 including VenRock and Eclipse Partners. The fresh $13 million announced Tuesday includes funding from Fontinalis, as well as Bill Ford.

Groden says it will lower costs in multiple ways. One example: most small single-engine helicopters like the Robinson R-44s that Skyryse operates don’t have the expensive instrumentation necessary to enable them to be flown in cloudy weather. Even in famously sunny L.A., cloudy skies ground those helicopters about 22% of the time. “That’s terrible for the customer and terrible for us because all of our fixed overhead costs are amortized over a much more limited set of available hours,” he says. Groden says Skyryse will enable flying in all weather.

“We’re confident that the technology we’re working on integrated into aircraft with technology already fully capable of moving people though the sky can reach those compelling unit economics,” he says.