Inside The Fried Chicken Sandwich Wars: How Popeyes Stacks Up Against A Flock Of Competition
The inspiring story of the man whose pioneering hip replacement has lasted a record-breaking 70 years 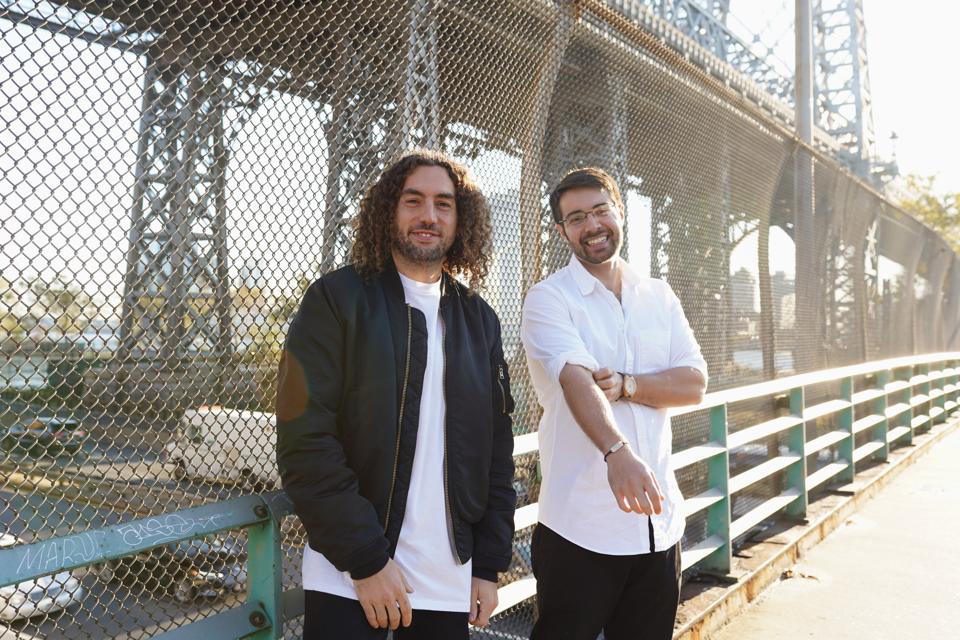 Vodka is not typically afforded the same cachet as more high-brow spirits like bourbon or cognac. It is likelier to drum up images of fraternity parties (and hangovers). Now a new startup called Air Co. is looking to elevate the beverage via its new sustainable distillery in Brooklyn. And they aren’t producing your typical vodka: instead of using fermentation, the company’s patented technology converts carbon dioxide emissions into beverage-grade ethanol. The final product is a premium vodka that removes one pound of carbon dioxide from the atmosphere per bottle.

“Rather than going to the commodity market with the ethanol that we were creating, we looked at the value proposition from the price point of where high-purity ethanol is highest,” explains CEO Gregory Constantine, who cofounded the company alongside CTO Stafford Sheehan. “And it just so happens that man-made vodka is where that premium is.”

Today, Air Co. came out of stealth after two years of research and development to announce their first consumer product (later they plan to expand to perfumes and other consumer-facing ethanol-based products). Because of the production process, the company claims that its vodka is amongst the purest available.

Sitting down with cofounders Constantine and Sheehan is a lot like meeting the real-life odd couple. Constantine, who previously led musical and cultural marketing for Diageo’s Smirnoff, has billowing curly hair and looks the part of a new-age vodka founder.  Meanwhile Sheehan, who previously spent years in labs obtaining a chemical physics Ph.D. from Yale University, touts thick glasses and looks more comfortable talking about artificial photosynthesis and carbon dioxide conversion. But somehow, it works.

The duo met at a Forbes Under 30 Summit in 2017 (they had previously made the Marketing & Advertising and Energy lists, respectively), and they bonded over their desires to build a purpose-driven company. At the time Sheehan was the CEO of Catalytic Innovations, a company that spun out from his research at Yale and had recently pivoted to selling anti-corrosion coatings for oil pipelines.

As it turns out, Constantine’s work with Smirnoff gave him the perfect way to do that: vodka made purely from carbon dioxide and water.

The Air Co. distillery now has a meticulously thought-out supply chain. The core of that is starting with carbon dioxide captured from a local polluter (if you’re importing pollution, it defeats the purpose). Some of their sources are actually other distillers, as carbon dioxide is a byproduct of fermentation, the traditional production method for most alcohol.

But it goes beyond that: Air Co.’s petite machines run entirely on solar power, instead of natural gas, that is primarily supplied from the solar panels that line their roof. And, for now, they are keeping distribution local and planning to set up outpost distilleries in markets throughout the US to keep carbon emissions from distribution as low as possible. Their vodka can be found throughout New York at retailers and places like BondSt, Gramercy Tavern and Chinese Tuxedo.

Both founders do admit that it has been hard to be taken seriously as they toe the line between creating a deeply scientific innovation and producing a vice product. Neither sustainability investors nor alcohol investors truly got the product at first. For now, they are relying on a small seed round with an eye on a Series A.

“When you have something that's so new, it’s hard. It just takes time to educate people,” says Constantine. “But what [Sheehan] has been able to do is truly, truly innovative: creating a liquid that is removing carbon from the atmosphere.”