The Paris Fashion Week Street Style That Outdressed The Parisians
First There Was Plant-Based Food, Now There Are Plant-Based Sneakers 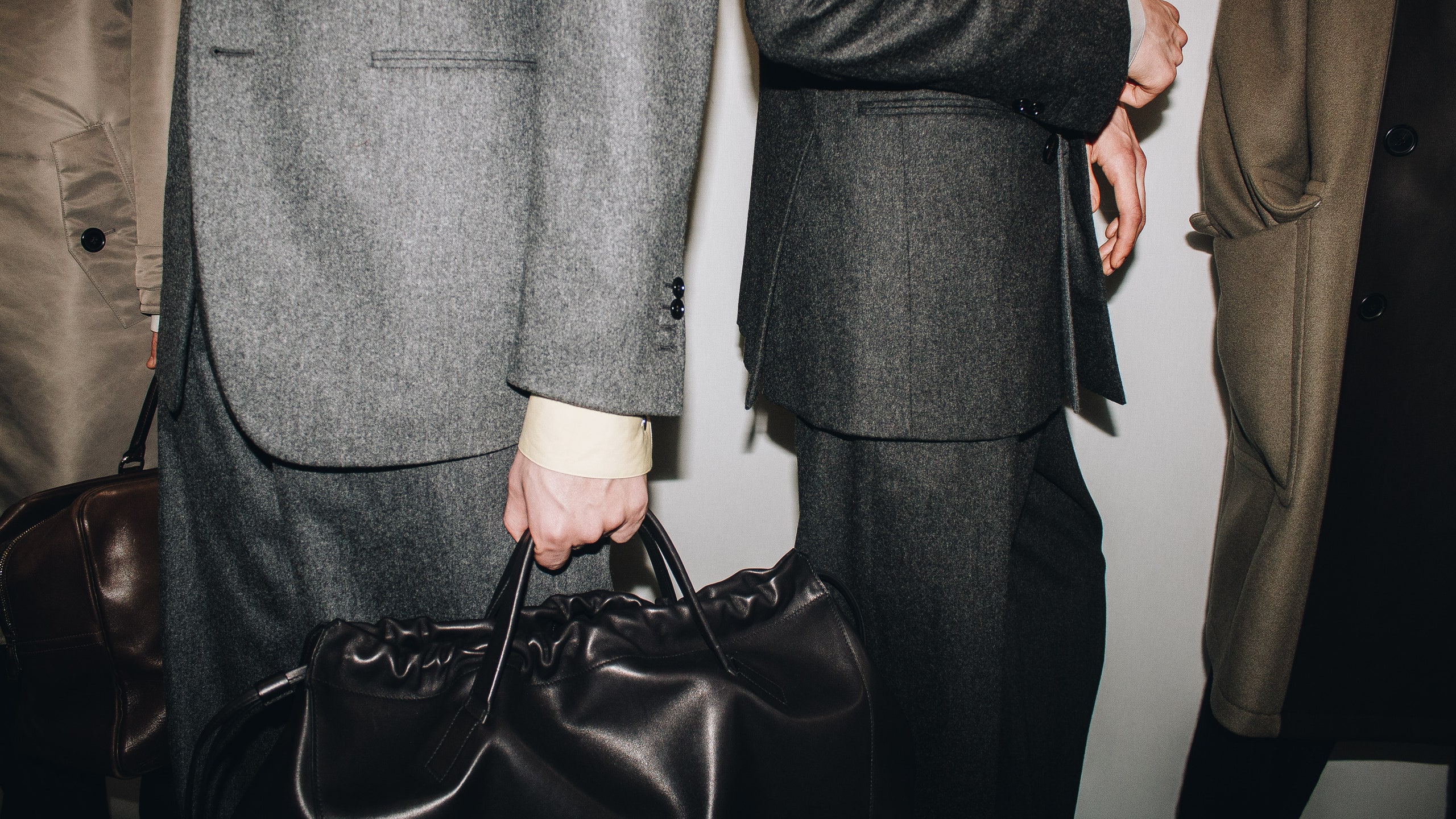 Step out of your bubble bath, slip on your Charvet slippers and Pratesi silk robe, and settle into your antique Majorelle armchair—it is time, once again, to ask: WHAT IS LUXURY?

Maybe it’s the new year, but the feeling of luxury seems to be changing again. In the last decade, a new and enticing definition of the word emerged with flawless-diamond clarity: big European houses hired a swath of truly cool designers who rewrote the rules of exclusivity and quality, breaking brands free from its tiresome cliches about who and what was indulgent, beautiful, and elegant. Figures like A$AP Rocky and Frank Ocean became the new doyennes of style and taste; Alessandro Michele, Virgil Abloh, and Kim Jones became worldwide superstars; and Supreme convinced a new generation that you could make inexpensive stuff with the rigorous sensibility of a fashion house. Things that were once secret became matters of global pop-cultural importance—a lot of people now follow the haute couture and menswear shows like others follow football.

But that has become the dominant sensibility, and it’s starting to wear thin. Branding has become inextricable from luxury—it is now enough to claim the word without having real credentials. It feels like too much expensive stuff is coming to us not from the mind and heart and hand, but from urgently compiled corporate dossiers, mandating what’s cool and what sells. There is an emptiness to a lot of what is expensive and/or exclusive.

Happily, a handful of designers are charting a new course: you can see the effort and feel the spirit and observe the mind. There’s humanity in the clothes. At Loewe, Jonathan Anderson has elevated those values into real virtues. He doesn’t simply have energy—though he has that, always very charming and dropping dry witticisms into his interviews after shows—he has real vision. 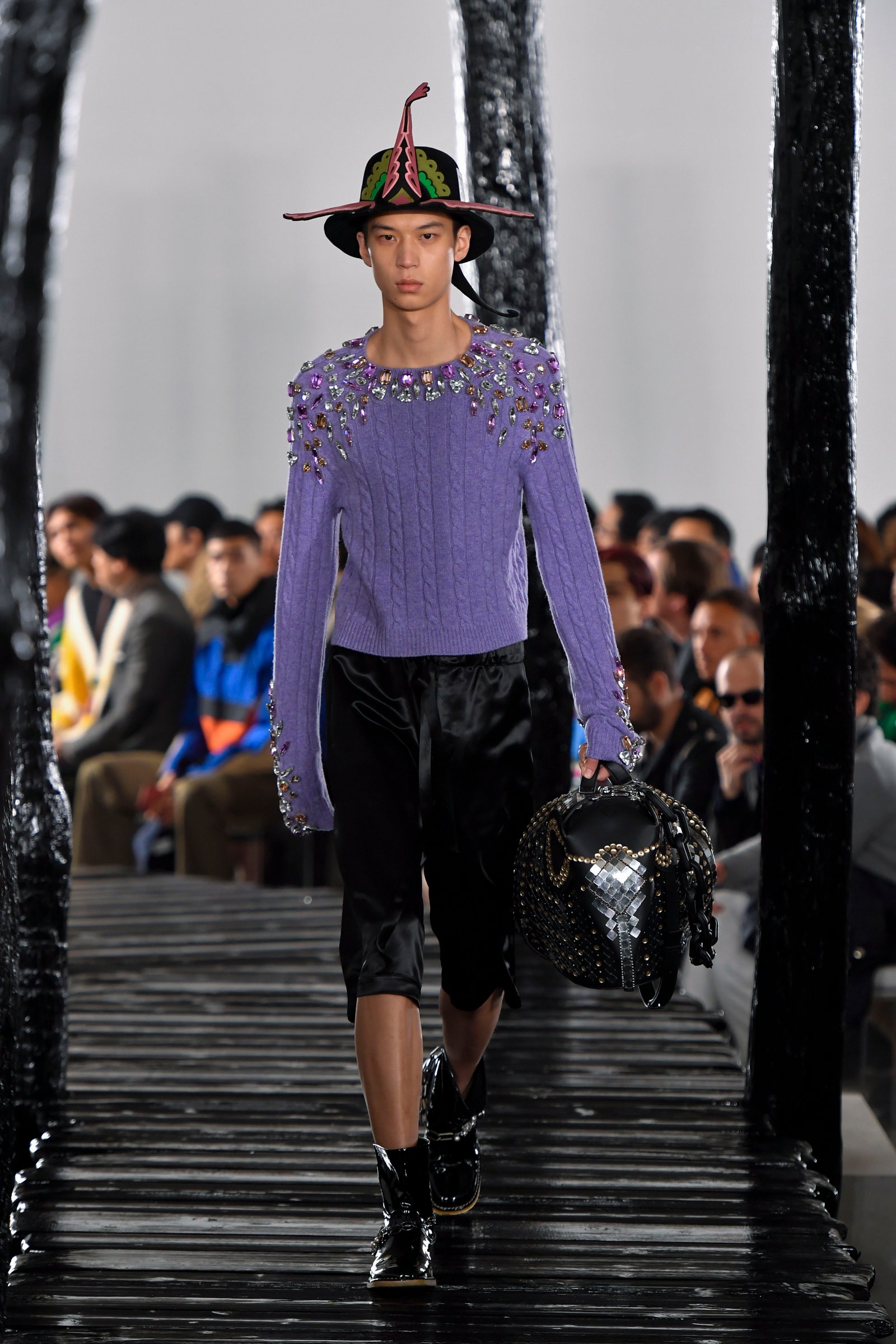 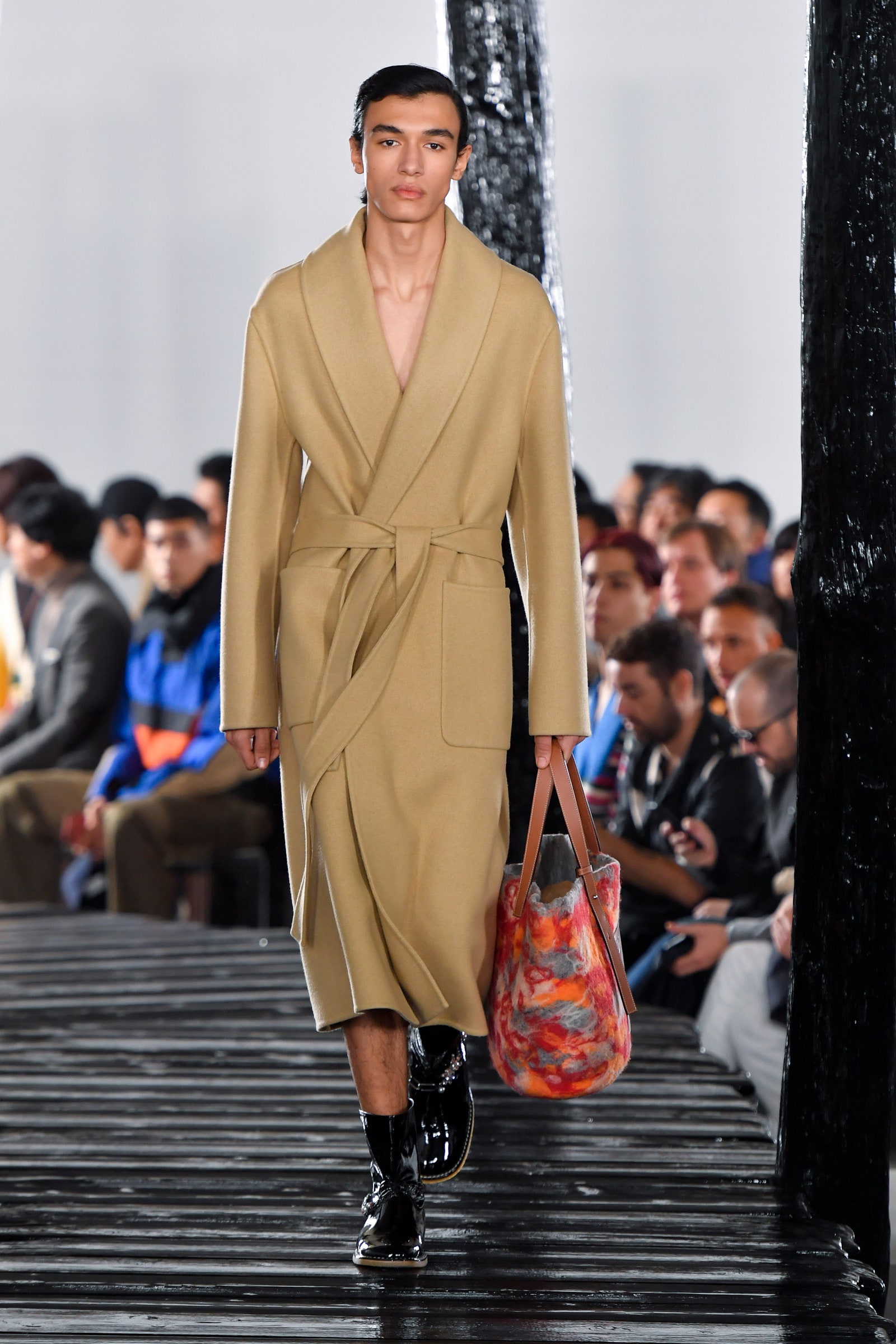 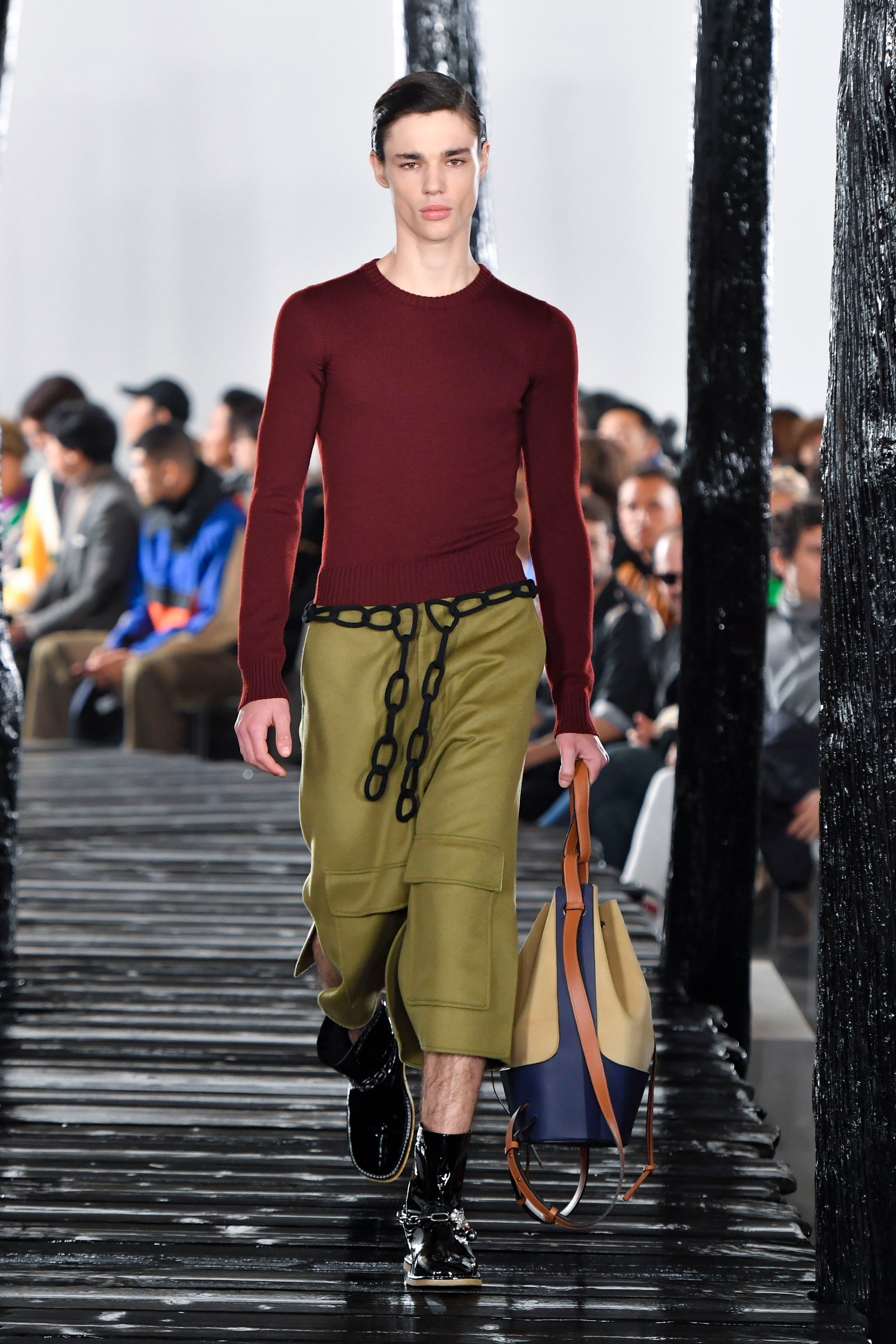 Just look at the collection he showed on Saturday—“the idea of a fancy wardrobe,” he said after the show. The jewels on sweaters had a homespun sort of application. The coats were considered and simplified robe and cloak shapes, plus a standout skirted camel coat with a divine scrolled collar. A number of pieces were hung or skirted with chains, an industrial material—only these were made of leather, a human’s bright and comic impression of machine efforts. Like Prada’s most recent collection, it was styled and merchandised modestly; even the elephant bag is a blown-up version of the little coin purses that the house makes, which are in fact brain puzzles crafted out of leftover scraps by Loewe leatherworkers. Anderson’s starting points are the perfect blend of a great fashion designer’s imagination and the grasp on reality that designers need to have to hack it these days—for those wacky ball dress aprons, “I looked at ’50s ballgowns, and I was like, when you were a child, what would you look like in the mirror when you tried that on?” Everything had a purpose; everything stood for something. There was no redundancy and no waste.

Anderson was presenting a new vision of luxury, one where the most luxurious thing in the world is seeing the direct line from a designer’s brain to an artisan’s hand to the garment. They feel apart from technology and hype, and estranged from corporate ideologies. 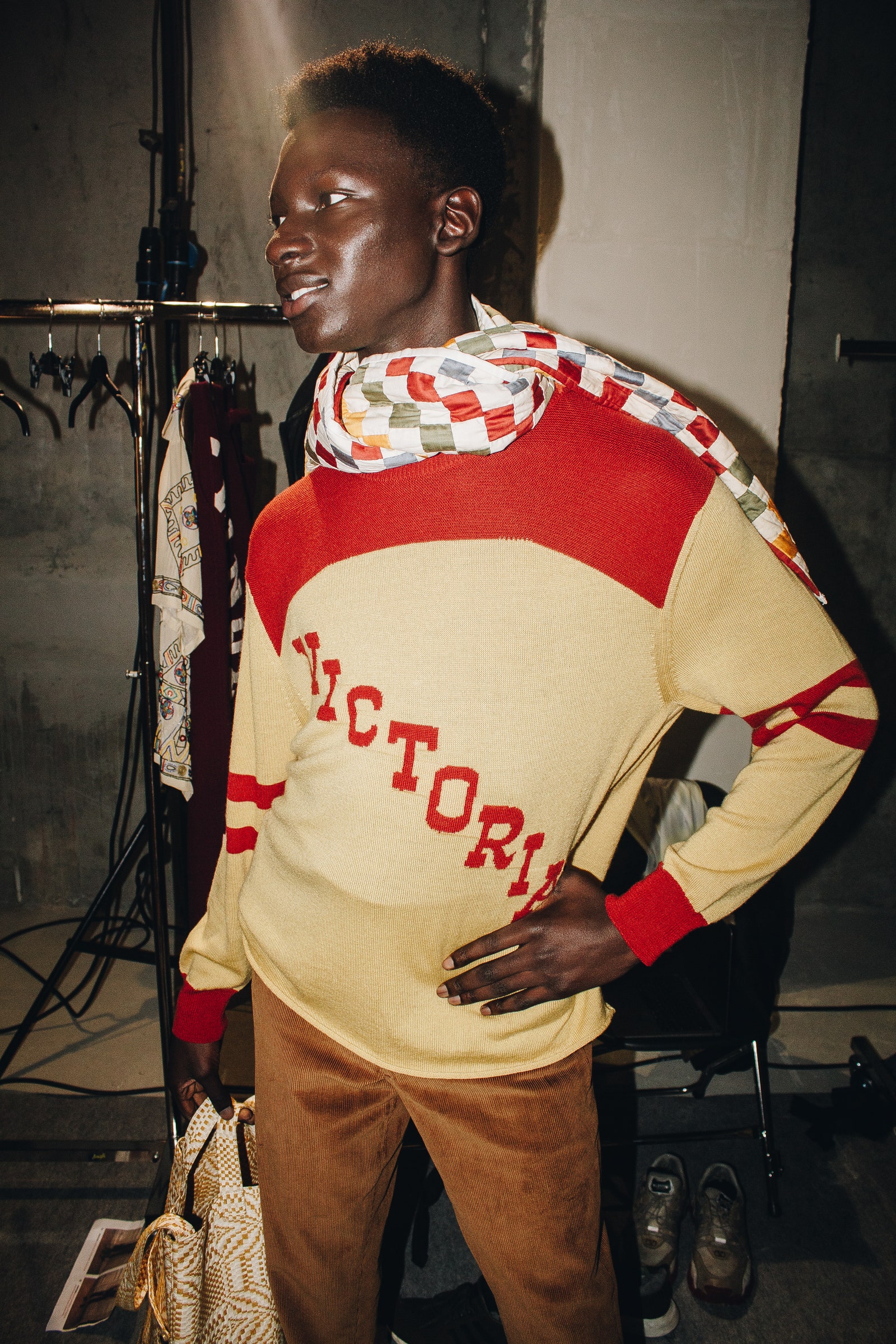 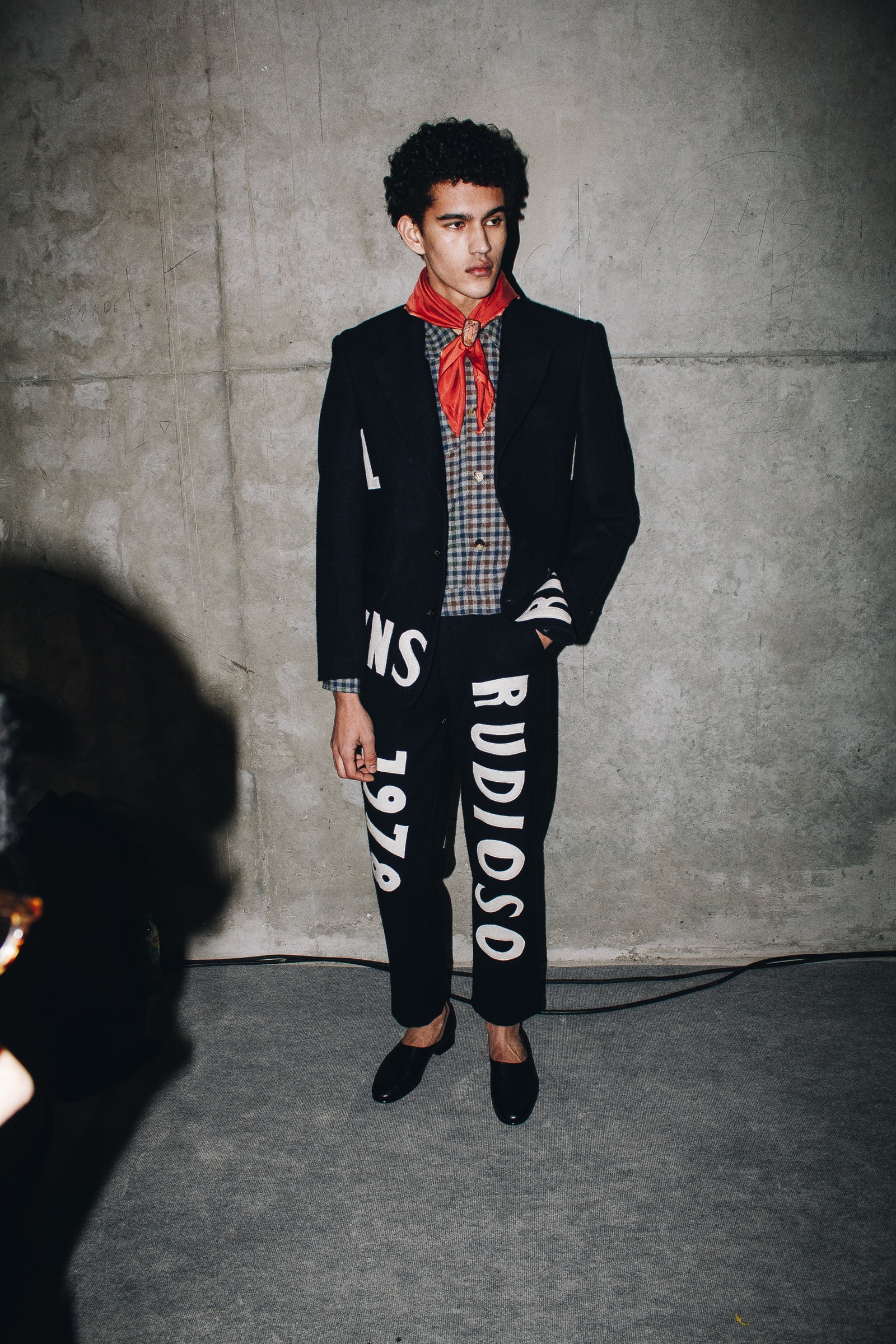 That’s the appeal behind Emily Adams Bode’s work, as well. Her idea of clothing cut from antique quilts and textiles could be a simple one that defies seasonal novelty. But she continues to develop new concepts and evolve her vision of beauty each season, as she demonstrated on Tuesday with quilts, knits, fish-shaped bags, and even a tailcoat for the finale. Like Anderson, she has a sense of humor that adds a little benevolence to what she does. Her clothing looks as good on slight, preppy men as it does on Trinidad James, who sat in the front row in a full Bode look, with gold ballet flats and a devil-horned red Yankees cap. 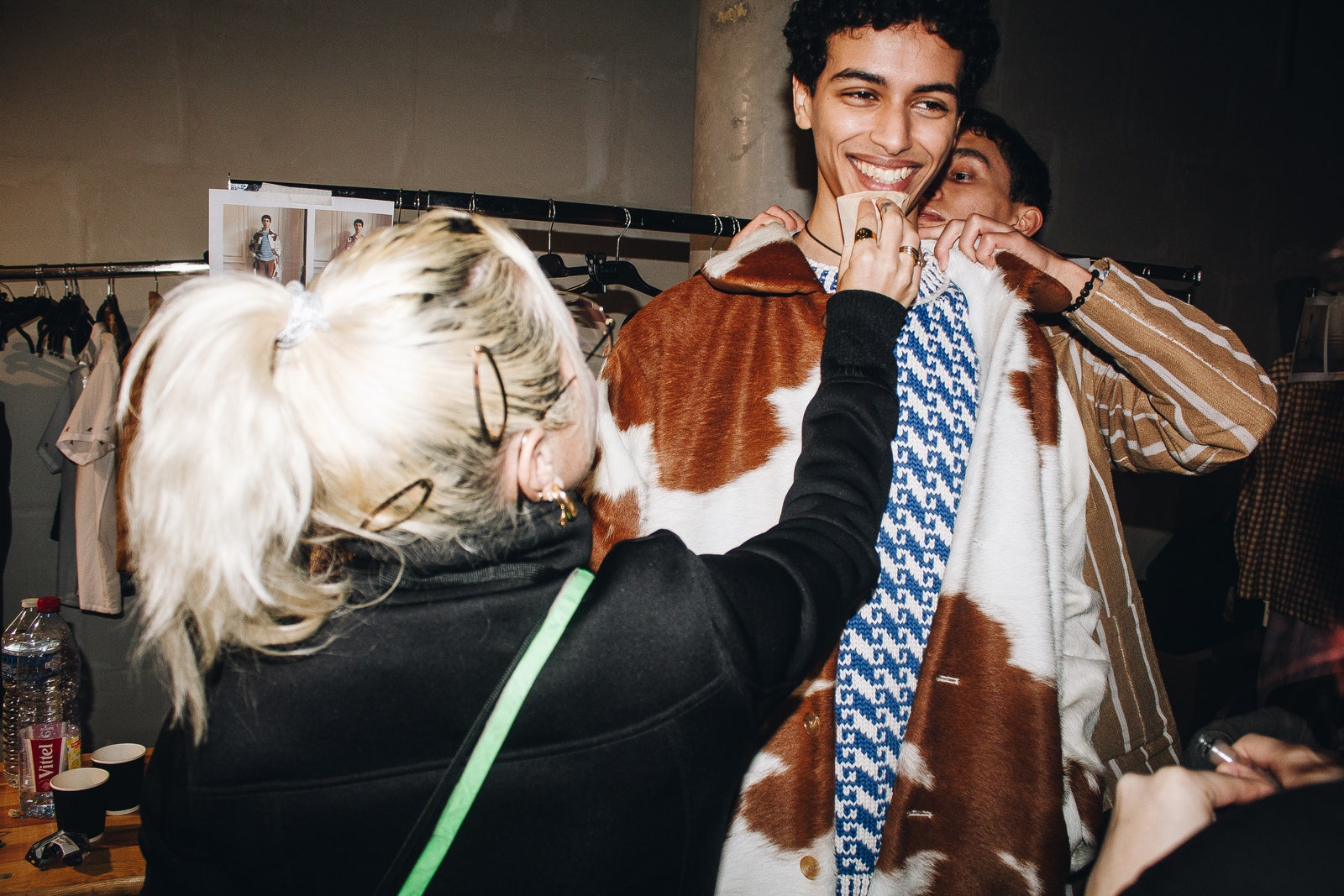 At the end of the day came the first name in French luxury, Hermès, perhaps the originator of this kind of luxury: its identity is based on an esteem for the artisans who make their products a reality. Véronique Nichanian pursues this vision without straying, and this collection put its materials, especially leather, at the forefront. The effect? Small details resonated indulgently, like the paneled construction on a chocolate bomber, and the cinch buckles on the ankles of a pair of trousers. Everything is made with total consideration. 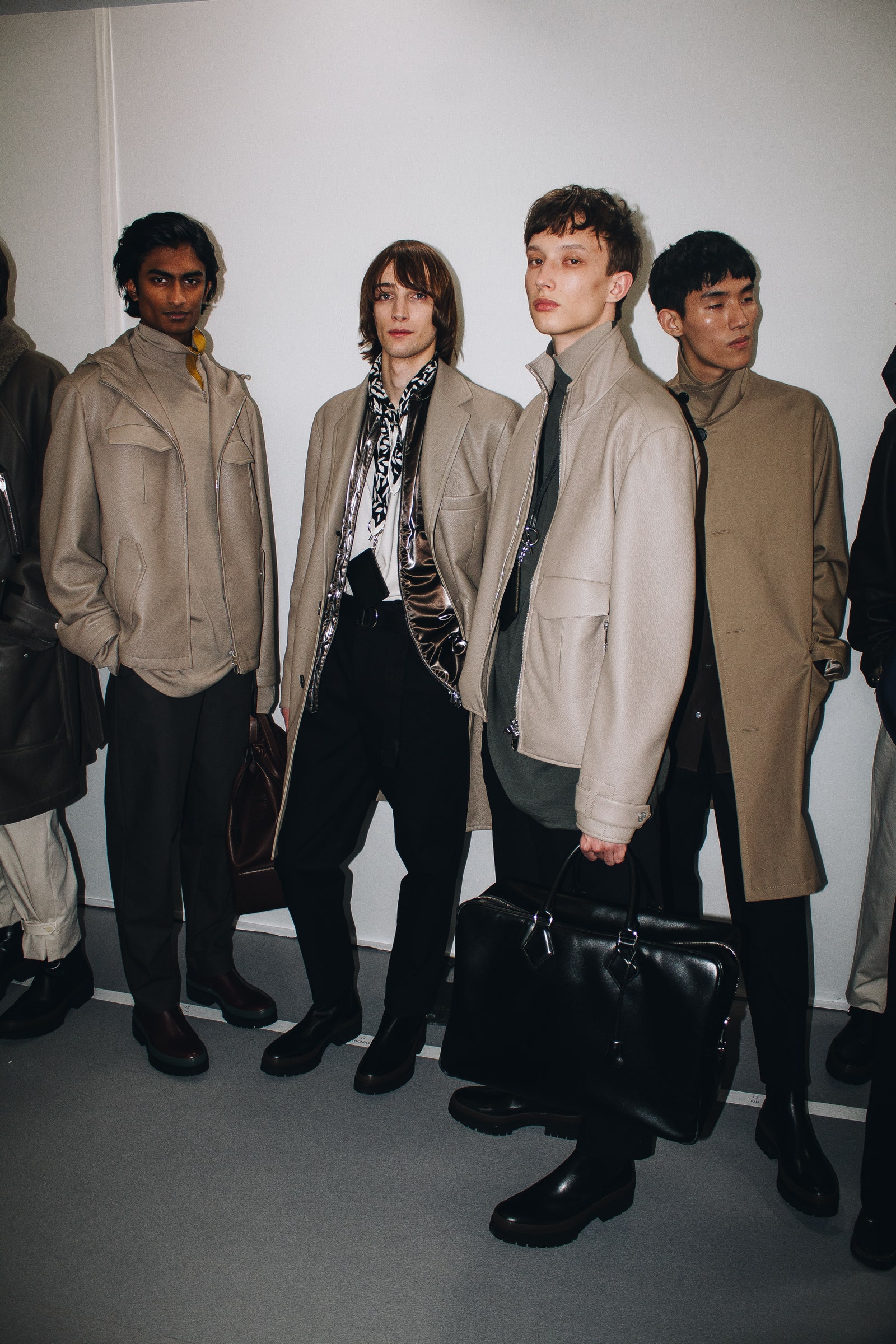 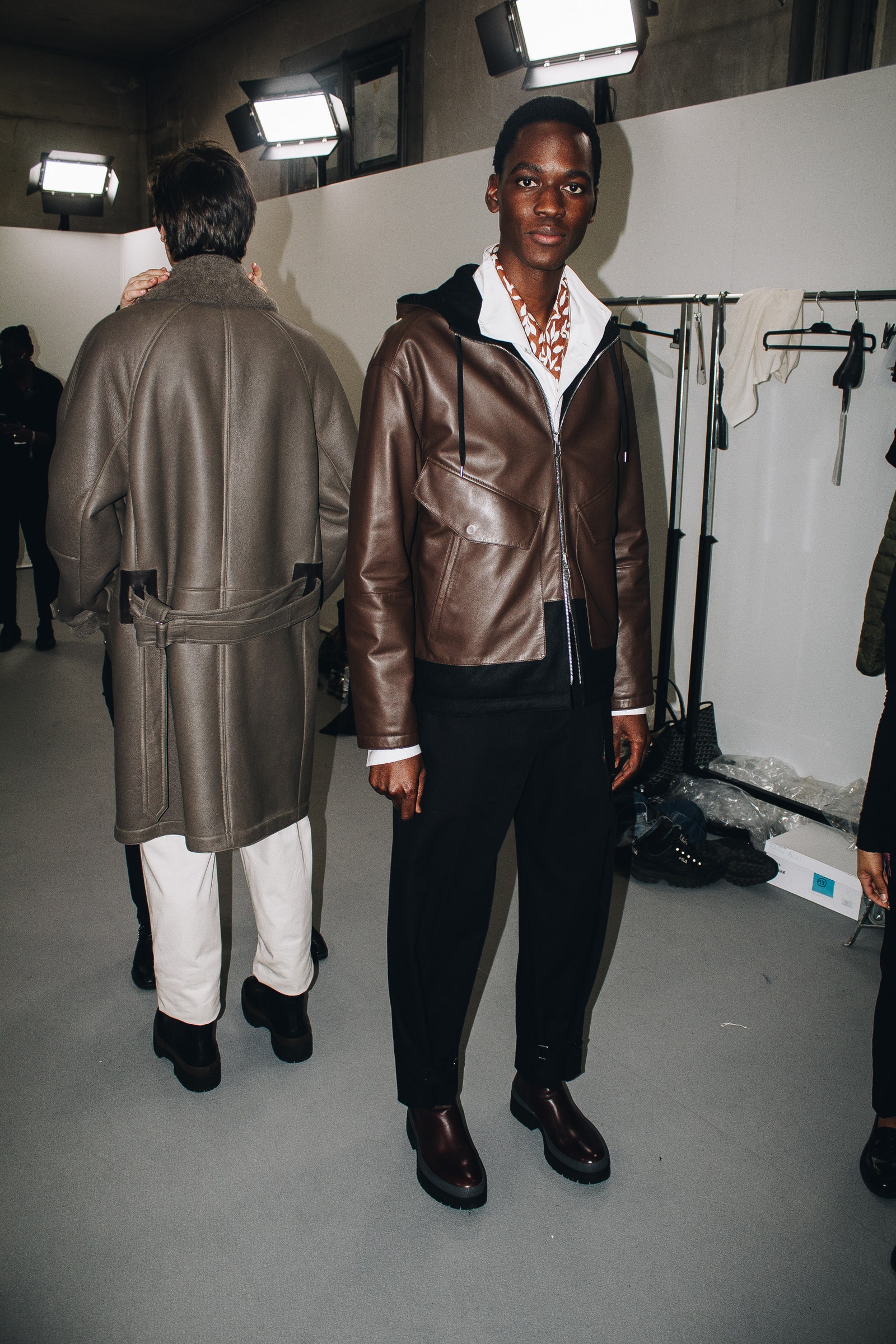 Funnily enough, a new cultural energy around Hermès (not unlike the sudden fixation on Yohji Yamamoto) suggests that this new obsession with craft is bigger than just these designers. The house’s most infamous bag is perhaps the biggest bag in menswear right now, between Future rapping about “going Birkin” and Bryanboy’s new it-bag, not to mention Drake’s own secret stash of the legendary bags. Forget waiting in line for a drop, guys—the new luxury is slowly bringing up the idea that you’re looking for a Birkin! 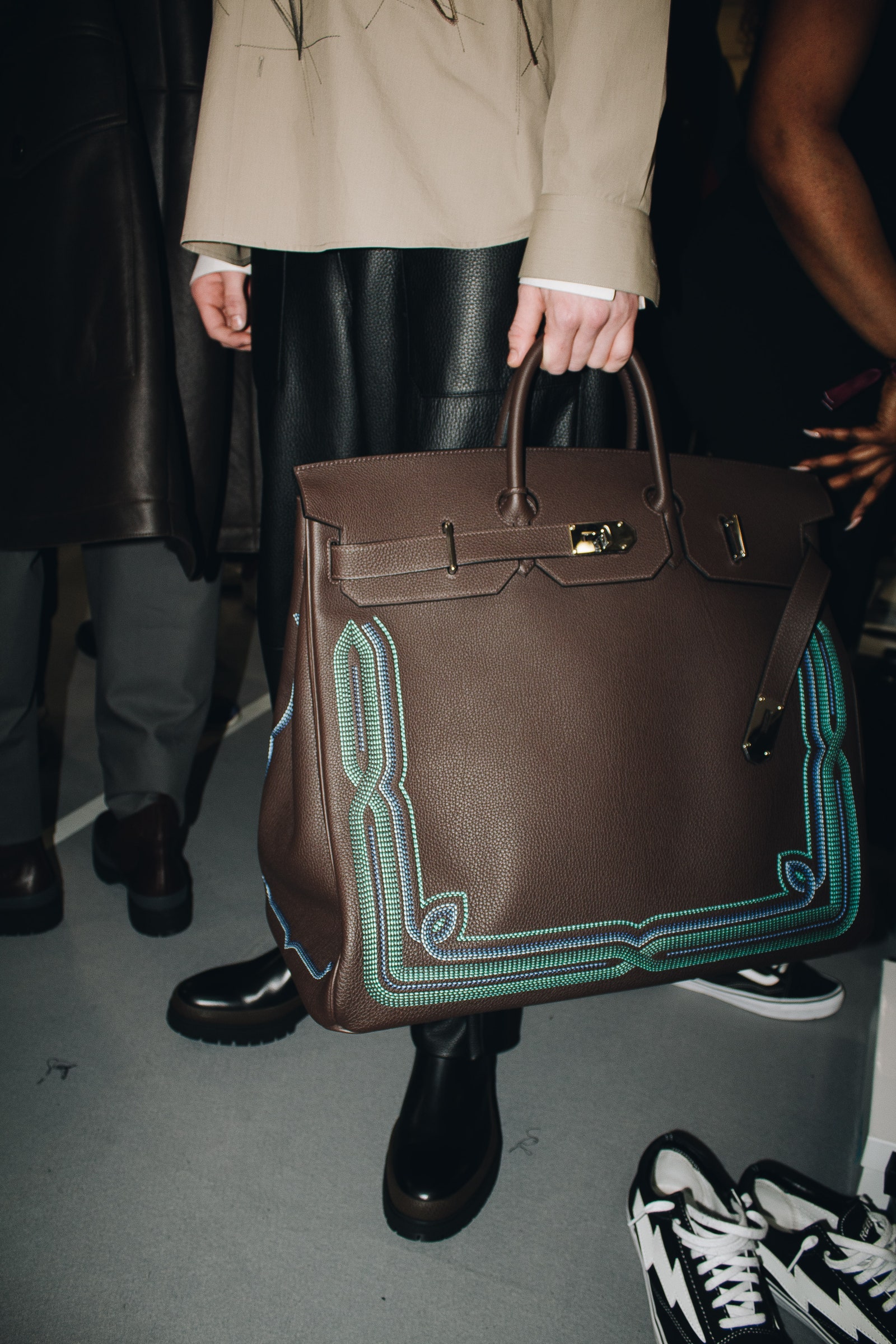 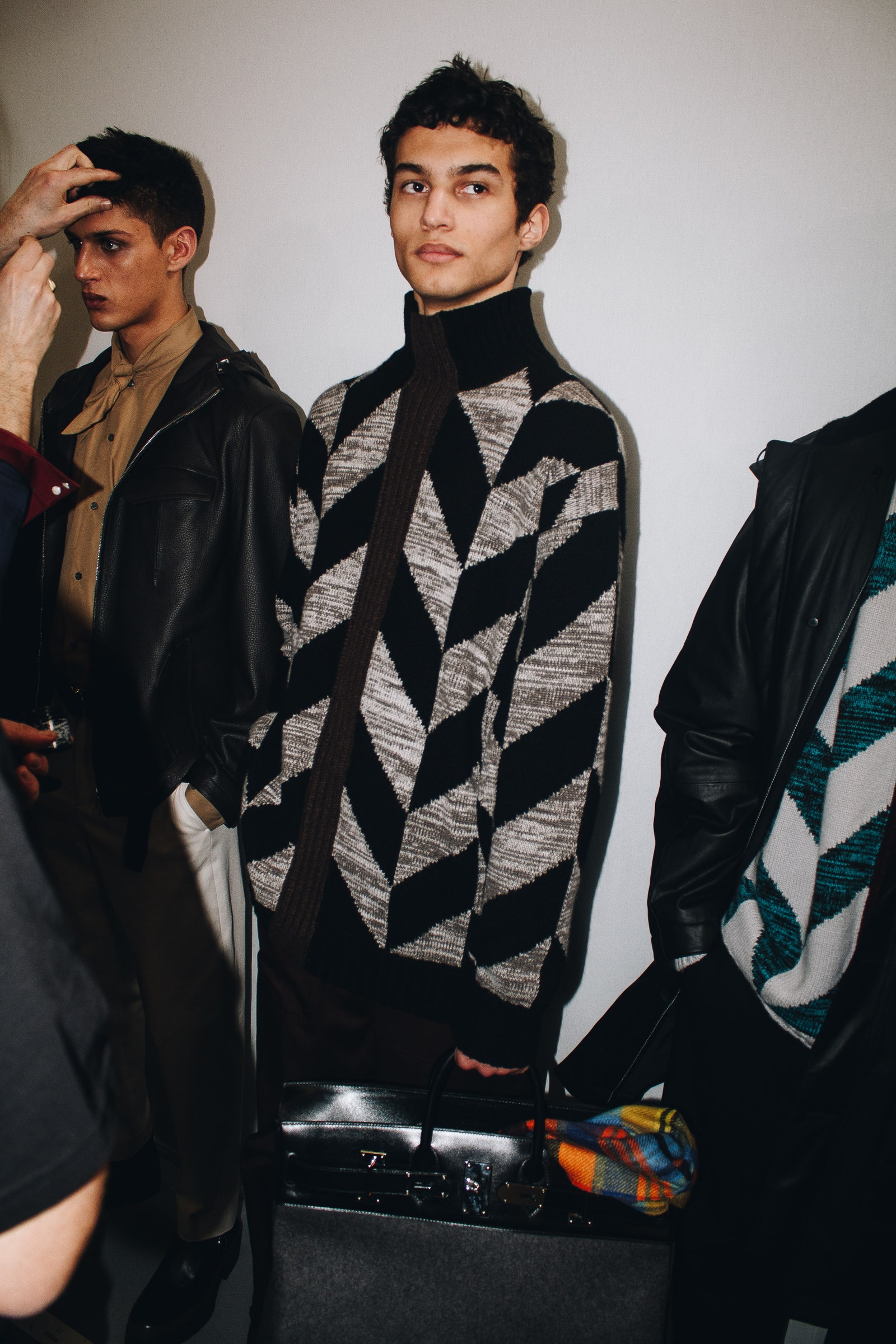