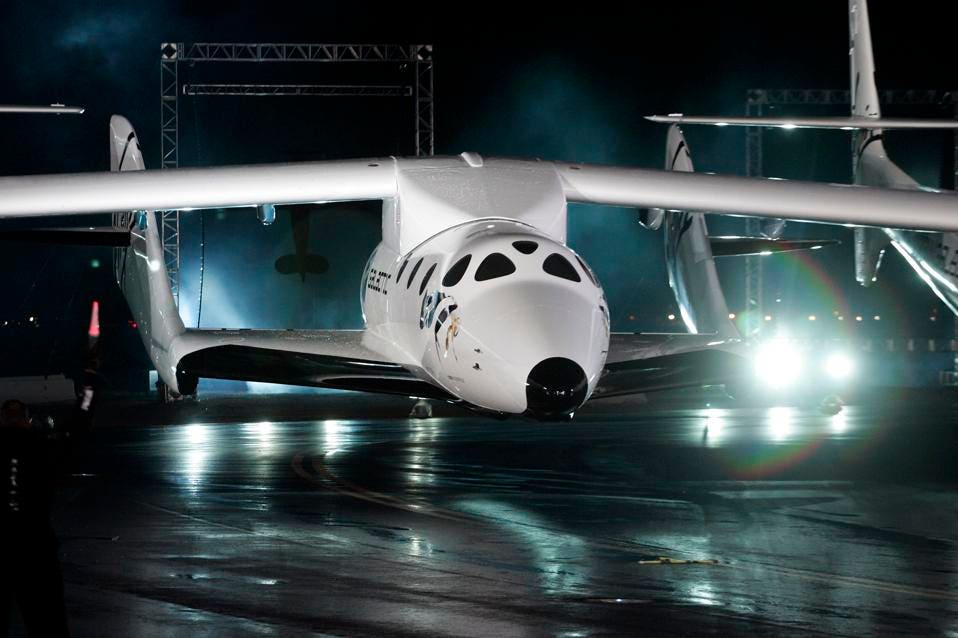 Ten years ago, I wrote a story about the space tourism “industry”, centered around Mojave, California, a bit more than an hour’s drive north of Los Angeles. Mojave and the area around it, particularly Edwards Air Force Base, have been a cradle of rocket-powered flight since Chuck Yeager and the X-1.

My space tourism story followed a very early morning in 2004. That day, I let my son play hooky from middle school. Instead, we drove to Mojave to see the launch of the first private manned space flight, SpaceShipOne.

We craned our necks to watch the tiny craft detach from its mothership and zoom up to a record-breaking height of over 300,000 feet. It seemed we were on the verge of a new era—the era of private suborbital spaceflight. SpaceShipOne was to be the precursor of Virgin Galactic’s SpaceShipTwo, unveiled in December 2009. At about 48,000 feet, the craft would detach from its “White Knight” mothership. Two pilots would then fly the six space tourists on board for a brief trip to the edge of space, including six minutes of weightlessness. The craft would then glide to a landing on a giant runway. Although hardly mass-tourism, it was thought millions of people around the world could potentially afford what was projected as a $250,000 flight.

But as it’s turned out, there is an enormous difference between “space tourism” and “private space flight.” The latter began as early as 1982 and appears to be a working business model. Elon Musk’s Space X achieved 19 launches in 2018, crowning the year with the successful December 2018 launch of 64 satellites. Space X is just one of several private space contenders, such as United Launch Alliance (a Boeing/Lockheed Martin joint venture) Europe's Arianespace, and Jeff Bezos’ Blue Origin, which, in addition to readying its New Shepherd suborbital rocket (which will sell tickets for suborbital flights "soon"), recently won a multi-billion engine development contract. Most customers are commercial or governments.

The picture is not quite so rosy with the development of space tourism as a viable enterprise. To date, only seven people have made a total of 8 space tourism flights between 2001 and 2009, all on Russian Soyuz spacecraft through Space Adventures. These space tourists, (who included one woman, scientist Anousheh Ansari), reportedly paid between $20 and $40 million, participated in rigorous training and blasted off a Russian launchpad into orbit.  But as the US space shuttle program ended in 2011 and US astronauts had to fly on Russian spacecraft to get to the ISS, it seems there were no more Soyuz seats for tourists. 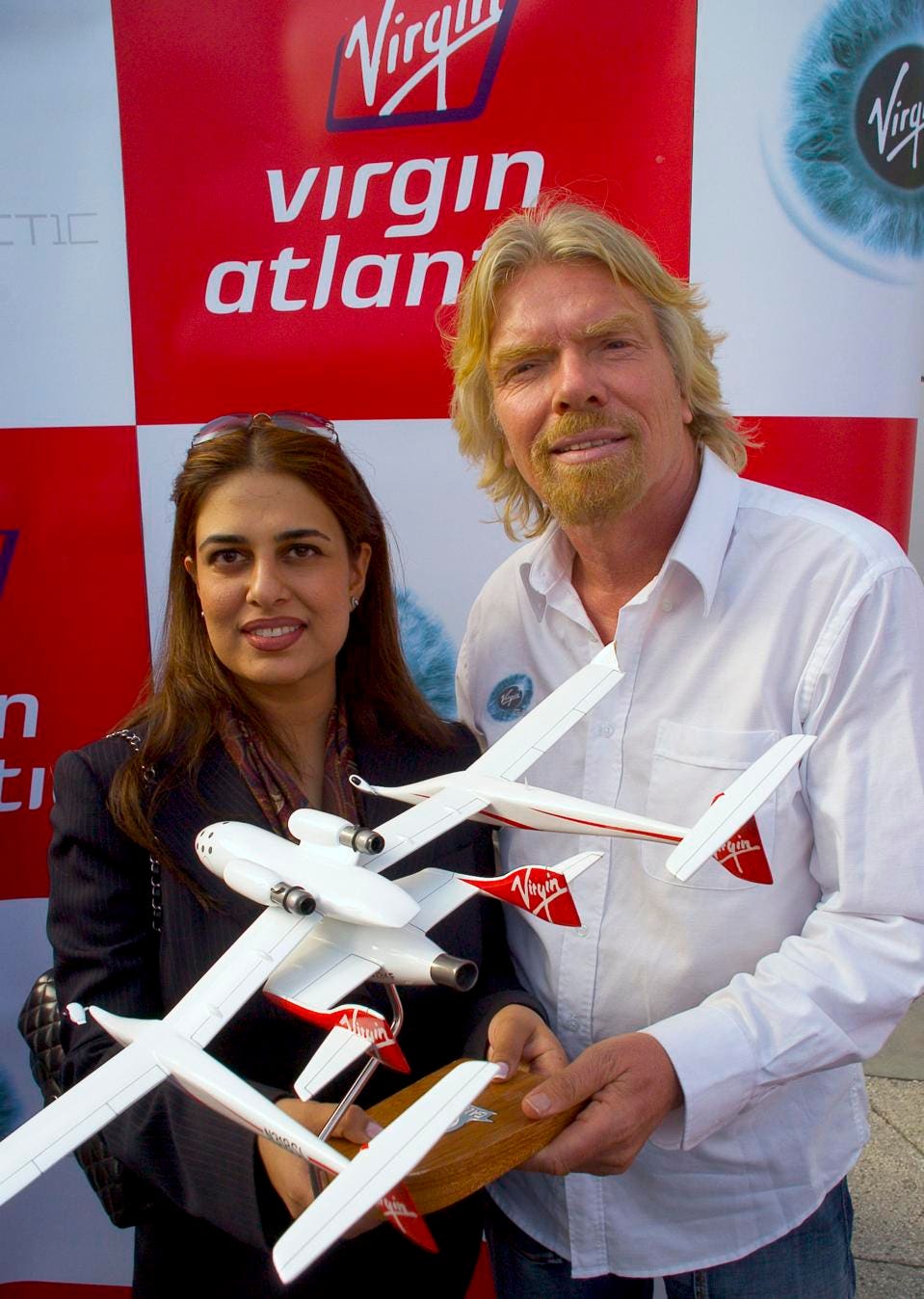 Sir Richard Branson, chairman of Virgin Group Ltd., presents Namira Salim with a model of SpaceShipOne at a news conference in Dubai, United Arab Emirates, on March 29, 2006. Salim is the first Dubai Founder Astronaut, one of a 100 space travelers to sign up for a flight on the Virgin Galactic spaceship. Photographer: Charles Crowell Photocredit: BLOOMBERG NEWSBLOOMBERG NEWS

Suborbital space tourism had different, typically financial, problems. The launch I saw in 2004 may have been the crest of the space tourism "movement", not the beginning. SpaceShipOne, built by Scaled Composites, was one of more than 25 entries built to compete for the $10 million Ansari X Prize.  But after SpaceShipOne won (and its design would be used in Virgin Galactic's suborbital bid) most of the other contenders shifted to other areas or went out of business. For other, technical setbacks led to business failures. Two competitors, Rocketplane and Armadillo Aerospace (funded by John Carmack of video game DOOM fame) eventually went belly-up. In what may have had troubling similarities to what happened in New Mexico, Rocketplane got significant tax subsidies from the state of Oklahoma, including access to an old Air Force base, then filed bankruptcy.

Xcor was the company that most people considered Virgin Galactic's closest competition, promising a two-seat Lynx space plane that was supposed to fly four times a day. Xcor planned to have Lynx get up to suborbital space on its own power--no mothership. The story was exciting and the tickets were affordable, at $100,000.  More than 280 people put down their hard-earned money, only to be left holding the bag when Xcor filed for bankruptcy in November 2017.

And Virgin Galactic? Unlike all the other contenders, the company did not seem to lack for money. As of November 2014, the Financial Times reported that some $600 million had been invested in Virgin Galactic, about two-thirds of which came from Abu Dhabi. In 2017, an additional one billion investment by Saudi Arabia (with an option for an additional $480 million) was announced, but at the end of 2018, billionaire Richard Branson, founder, and chairman of Virgin Galactic, said he was “temporarily suspending” the Saudi partnership, after the disappearance of Washington Post reporter Jamal Khashoggi in October.

The state of New Mexico also invested $220 million in the Spaceport America facility, beating out Southern California.  Yet to date, not a single passenger has flown out of the spaceport in the desert about 20 miles southeast of Truth or Consequences. The hundreds of thousands of tourists who flocked to Florida's Cape Canaveral to watch fifty years of US manned space launches have also failed to appear. 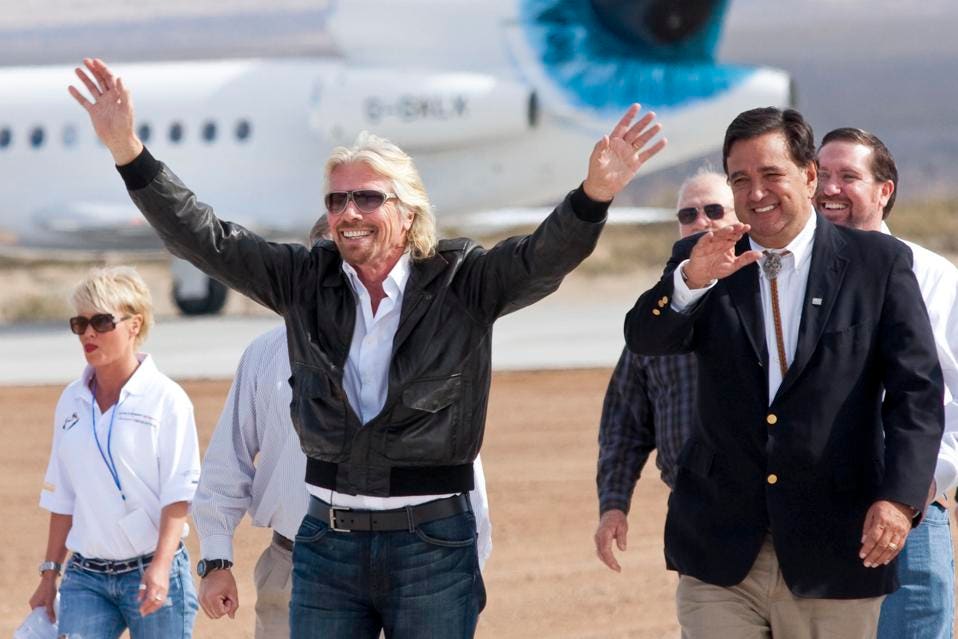 Virgin Galactic had other problems. As even space booster SpaceNews note, the company "originally anticipated beginning flights a decade ago.” But technical problems slowed developed. Then, in  2014, there was a problem on a test flight. The subsequent crash in the Mojave killed the co-pilot and injured the pilot. The investigation slowed progress even further, but Virgin persevered.

Finally, in December 2018, Virgin’s SpaceShipTwo finally flew into space on a test flight, earning the pilots their astronaut wings. After ten years of promises, the best indefatigable promotor Branson could come up with was, “Today, for the first time in history, a crewed spaceship built to carry private passengers reached space.”

Hype seems inescapable in the race for private space. Even Wikipedia, the replacement for encyclopedias which were supposed to be collections of facts, has fallen victim to wishful thinking. The “Space Tourism” entry reads, “As of 2018, no suborbital space tourism has yet occurred, but since it is projected to be more affordable, many companies view it as a money-making proposition."

Burt Rutan, the designer of SpaceShipOne, is less sanguine. "What the hell happened? We got nothing done!” he said in a 2017 podcast.

But Virgin Galactic customers are still keeping the faith. The company has taken deposits for a decade and has about 700 customers who’ve plunked down their money for a place in space.

Branson continues to promises he will be among the first passengers. If he does so, Branson (69 in July 2019) would be the second-oldest person in space, behind only the incredible John Glenn,  77 during his space shuttle flight in 1998.

Other have bet against Branson and lost. But fifteen years later, the suborbital tourism business has yet to take off. 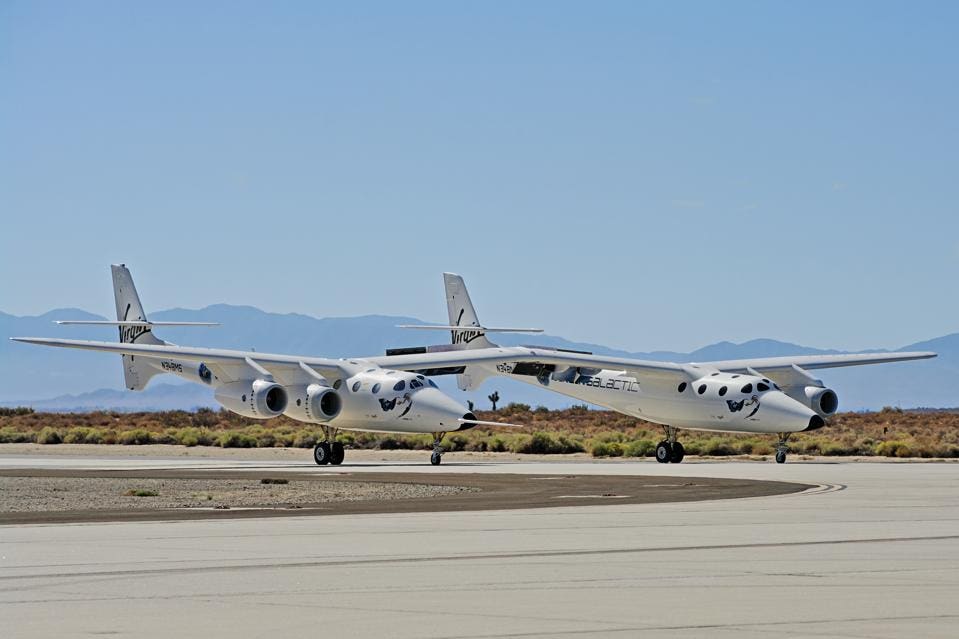