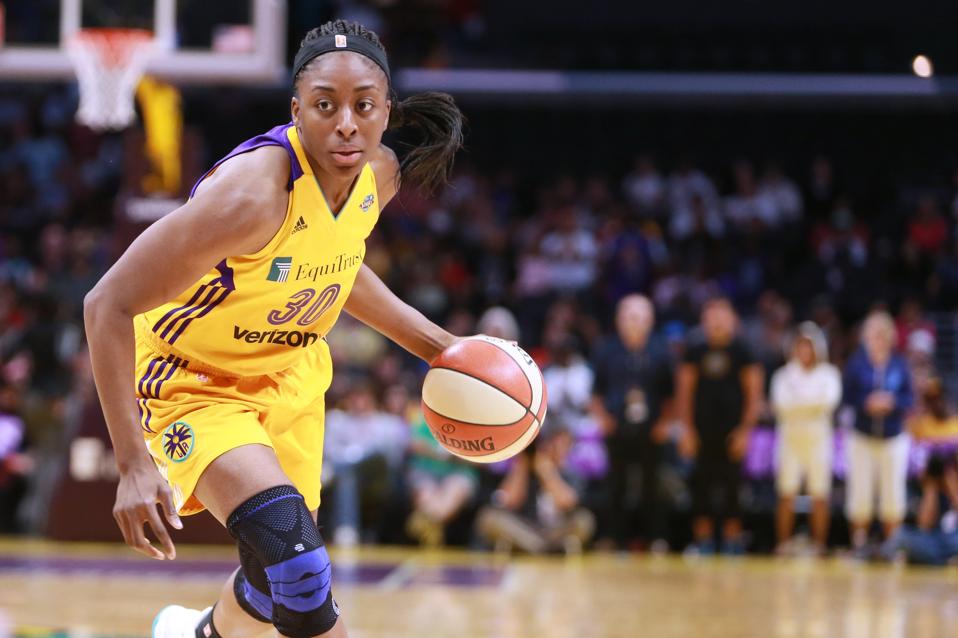 Nneka Ogwumike of the Los Angeles Sparks is president of the Women's National Basketball Players Association. Led by Ogwumike, WNBA players exercised their right to terminate their collective bargaining agreement after the 2019 season. (Photo by Leon Bennett/Getty Images) Getty

When Los Angeles Sparks forward and Women’s National Basketball Players Association (WNBPA) president, Nneka Ogwumike, penned The Players’ Tribune essay – Bet on Women – she set the tone that 2019 would be a pivotal year for women in sports.

Ogwumike announced that the WNBPA was choosing to opt out of its collective bargaining with the WNBA saying, “To me, opting out means not just believing in ourselves, but going one step further: betting on ourselves. It means being a group of empowered women, in the year 2018, not just feeling fed up with the status quo, but going one step further: rejecting the status quo.”

The sports industry is a much different space than it was when the last bargaining agreement was signed in 2014. Case in point: Washington Mystics guard, Kristi Toliver, who was recently hired as an assistant coach with the Washington Wizards, is being paid a $10,000 salary due to a clause in the current collective bargaining agreement that limits team-sponsored off-season work to $50,000. The idea that a WNBA player would be coaching in the NBA was unthinkable at that time.

The current labor agreement will end in October, so expect Ogwumike’s call for “taking a stand for the greatest women’s basketball players of tomorrow” to be the most impactful collective bargaining agreements in women’s sports history.

As WNBA players look toward a new chapter in 2019, also keep an eye out for developments in women’s soccer as 2019 marks the eighth edition of the FIFA Women’s World Cup, which is being held in France this summer. Laura Georges, former French player and current Secretary General of the French Football Federation, Sarai Bareman, FIFA's chief women's football officer, and the women behind Equal Playing Field Initiative are striving to grow visibility and respect for the women’s game.