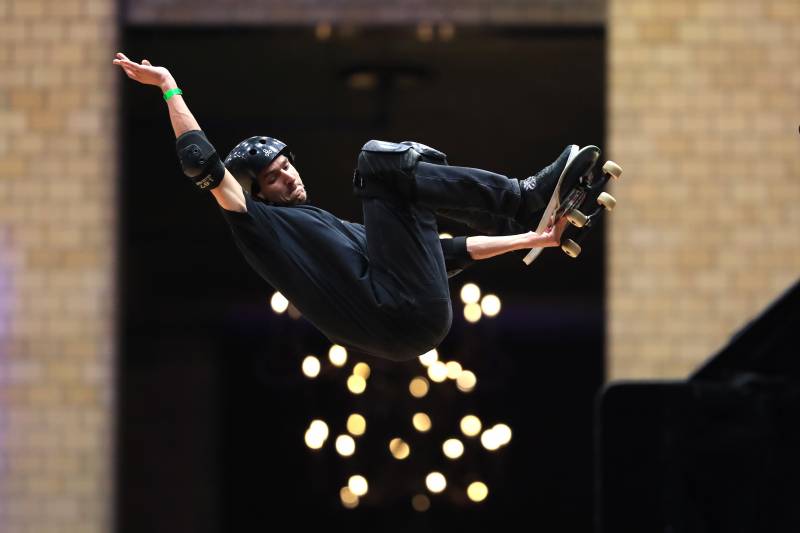 The X Games wrapped up Sunday in Minneapolis, bringing a close to the four-day event.

Vince Byron got the action underway with his gold-medal performance in BMX vert, and Mike Varga formally closed the curtain by winning Dave Mirra's BMX park best trick with a 900 tailwhip.

Ryan Williams won gold in BMX big air and made history in the process. Williams opened his run with a backflip onto the ramp, becoming the first person to achieve the feat at the X Games.

Australian Ryan Williams became the first athlete to ever backflip into a Big Air ramp at the X Games! #SCtop10

It was his first ever attempt at the trick in competition. pic.twitter.com/JnzVoxlB5s

He received a 93.66 overall score, giving him a two-point edge on silver medalist Morgan Wade.

"I thought, you know what, I'm going to bring in some Dave Mirra spice to this little mega ramp contest," Williams said of the backflip, per Andrew McMurtry of News.com.au. "I'd actually never done a backflip drop-in before so that's my first ever backflip drop-in on BMX. Best place to try it I guess."

David Rinaldo dug down and delivered a trick that must be seen to be believed en route to gold in Moto X best trick. And multiple viewings are required to appreciate his backflip body varial.

Elliot Sloan stood at the top of the podium in skateboard big air with the slimmest of margins separating him from Mitchie Brusco.

Tony Hawk landed the first 900 at X Games 5 in 1999, a moment fans still remember today. Brusco did Hawk one better, adding another revolution for a 1260.

Logan Martin successfully defended his BMX park title in Minneapolis and added a gold in BMX dirt. Rim Nakamura stole the show, however. The 17-year-old silver medalist was the first Japanese rider to get on the podium in a BMX event.

The X Games return to U.S. Bank Stadium in Minneapolis for next year's event. The 2020 edition will begin July 16 and run through July 19.